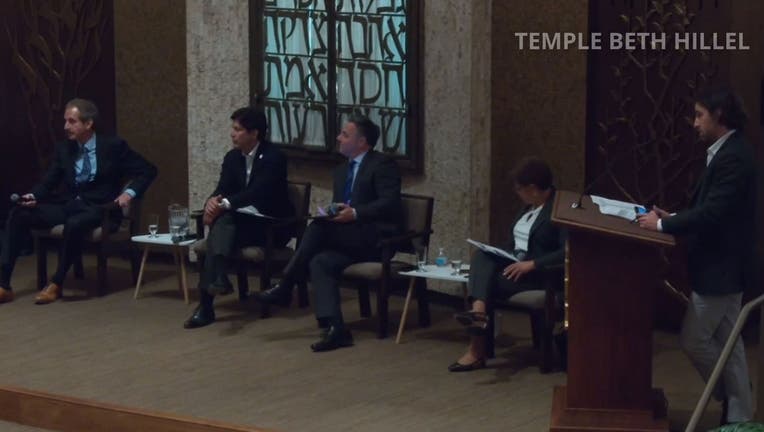 During a discussion on the homeless crisis in the city, a series of loud screams and shouting broke out from the crowd. The NSFW heckling prompted the discussion to get cut short.

At one point during the bizarre scene, Buscaino responded to the hecklers by telling the crowd, "I ask that we forgive her [the heckler]… in this house of worship." The city councilmember then opened the following sentence with "I'm a man of faith – " prompting the crowd to heckle even louder and be more aggressive in trying to interrupt the mayoral candidate.

Organizers told the crowd following the heckles that the event will be held virtually and not in-person for the rest of the night.

It goes without saying that the homeless crisis has been one of the most pressing issues in Los Angeles – if not, the No. 1 most pressing issue in the city. Last week, crews cleared out a homeless encampment in Little Tokyo, going against the wishes of unhoused people in the area as well as certain community members. Last year, the clearance and homeless relocation of Echo Park Lake prompted multiple days of protests and more than 180 people getting arrested.