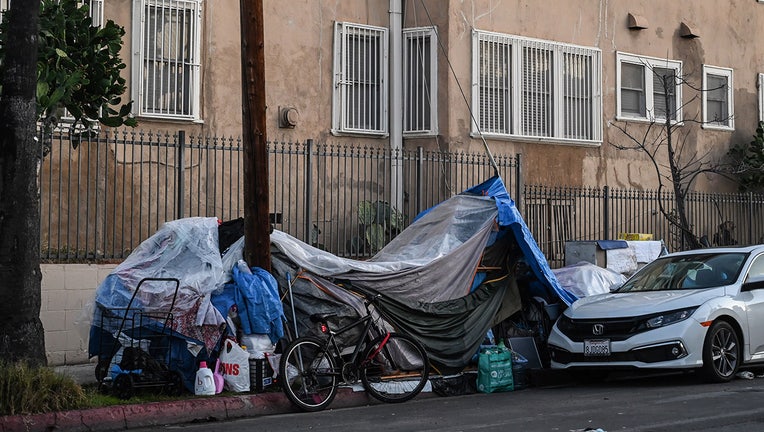 LOS ANGELES - The Board of Supervisors voted on Tuesday to turn a vacant Los Angeles County clinic in San Pedro into a 24-hour emergency shelter for homeless individuals, many of whom are already camped nearby.

The Board of Supervisors agreed to fund $200,000 in repairs and remodeling to "immediately" open the shelter, and up to another $100,000, if needed later. Measure H funding will be used to operate the emergency shelter for three years, when construction of a mixed-use housing development is set to begin.

An estimated 56 people live in tents surrounding the facility, while some 514 people are living unsheltered in San Pedro, according to the latest count, Hahn said. Recent news reports with aerial footage of the area have drawn attention to the jumble of makeshift tents, tarps and debris that line the sidewalks.

In neighborhoods across the county, some residents have opposed shelters and supportive housing even while railing against the street encampments. Supervisor Kathryn Barger said moving people indoors with access to the services they need would prove to be a good solution.

"If left to their own devices, they are not good neighbors," Barger said of people living on the streets. But once provided with resources, "they are better neighbors," she said.

Shelter security will be provided around the clock, according to Hahn.

Both the San Pedro Chamber of Commerce and the Central San Pedro Neighborhood Council Homelessness Committee expressed their support.

"We know that this won't be easy, but we are offering our full support in this endeavor," said Chamber of Commerce President Lee Williams.

Homeless advocate Amber Sheikh Ginsberg, who lives in San Pedro, said it was the right spot with the right operator and was optimistic that people camped on the streets would come indoors.

"I've said before that beds don't bring people inside, relationships do," Ginsberg told the board. "Harbor Interfaith has the best relationships with our homeless individuals on the street and is absolutely the best option to be providing the services for this temporary shelter."

A 100-bed interim housing site is also set to open in San Pedro, but Hahn acknowledged that the city still won't have enough space to help everyone in need. City and county officials are looking to combine property for a longer-term housing project, she said.

"We are looking at every available county asset that we can," Hahn said.