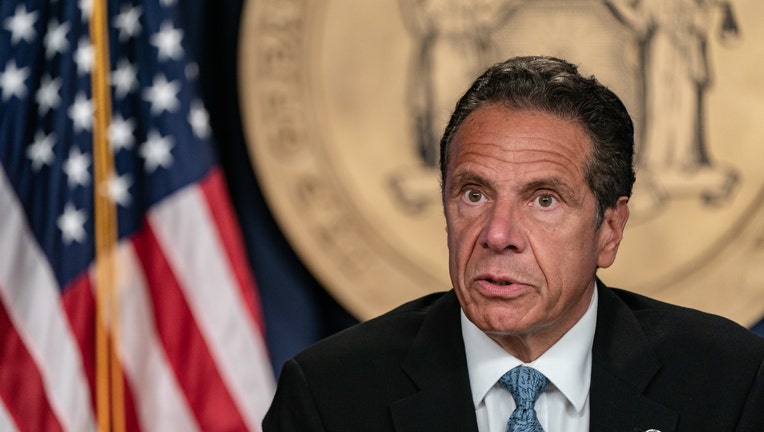 NEW YORK, NY - JULY 23: New York Gov. Andrew Cuomo speaks during the daily media briefing at the Office of the Governor of the State of New York on July 23, 2020 in New York City. The Governor said the state liquor authority has suspended 27 bar and

Boylan, who describes herself as a progressive on her Twitter account, worked for the governor's administration from 2015 to 2018, according to her LinkedIn profile.

"Yes, @NYGovCuomo sexually harassed me for years," Boylan wrote. "Many saw it, and watched. I could never anticipate what to expect: would I be grilled on my work (which was very good) or harassed about my looks. Or would it be both in the same conversation? This was the way for years."

"Not knowing what to expect what’s the most upsetting part aside from knowing that no one would do a damn thing even when they saw it," Boylan continued. "No one. And I *know* I am not the only woman."

Boylan did not provide details of any alleged incidents or name witnesses, and she has not responded to an inquiry from Fox News. She accused the governor's office of being a "toxic" work environment earlier in December.

Cuomo's office has not responded Sunday to a Fox News request for comment.

Boylan is one of many Democrats running for Manhattan borough president in 2021. She also ran against Rep. Jerry Nadler, D-N.Y., in New York's 10th Congressional District this year but lost by more than 40 points, according to Ballotpedia.

"To be clear: I have no interest in talking to journalists," Boylan wrote on Twitter on Sunday. "I am about validating the experience of countless women and making sure abuse stops. My worst fear is that this continues."

"My second worst fear is having to talk about and relive this," she said.

GET UPDATES ON THIS STORY FROM FOX NEWS