LOS ANGELES - About one year ago, three Los Angeles teens got together and launched an independent teen-run magazine to give other teens a platform to showcase their creative side.

Within the past year, they have managed to juggle school, extra circular activities, jobs and a business.

Fever Dream Zine is a magazine made by teens for teens.

"We actually started out by borrowing money from my mom, she would just say once you guys get famous just pay me back," said Angie Mitilian, Editor-in-Chief.

The goal of the magazine is to highlight and support up-and-coming artists, photographers, musicians and writers by giving them a platform to showcase their work and to interact with the community. Anyone can submit their work. 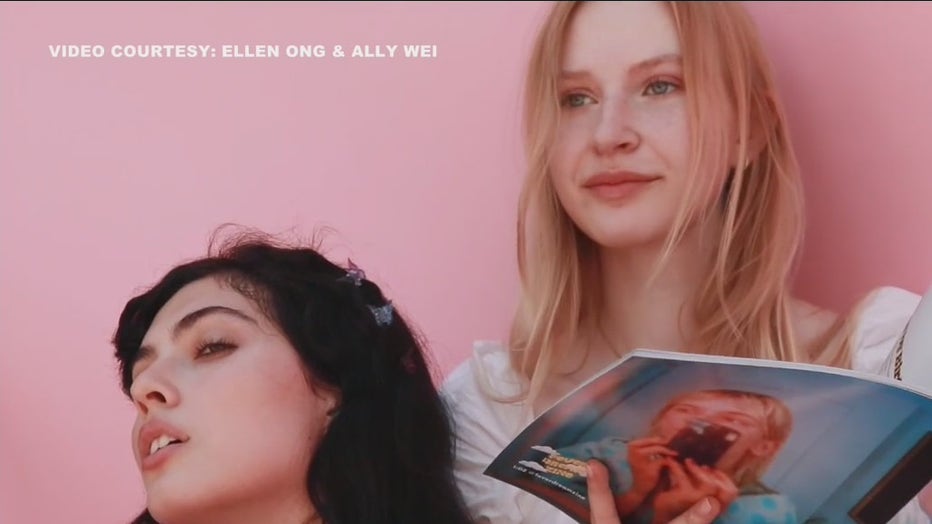 "I think we originally were planning on making it something just for us, we weren't really planning on selling it or sharing it with very many other people. But we made social media accounts for it and then over time we began to grow," said Chloe Garabedian, Senior Content Editor.

"We it's so exciting because we never thought we would get as big as I think we're getting," said Alique Kalachian, Creative Director.

Once they blew up on TikTok, they were able to pay Angie's mother back and are now running on their own money.

Angie says while other magazines can make the reader feel impersonal, they try to make it a personal and intimate experience.

"It is really personal, it really feels like you're having a conversation with us when you read the magazine," said Kalachian.

The theme of the last issue was panorama.

"We kind of tried to capture people's different perspectives, the different ways people view life— like a panoramic— It ranges from a lot of different angles so that's kind of what we're capturing," said Kalachian.