Montebello Police confirmed the man died from his injuries at a hospital.

LOS ANGELES COUNTY, Calif. - It was a dangerous night in the San Gabriel Valley after one man was killed and another man suffered lacerations to his face and arms in two separate incidents involving illegal fireworks on Independence Day, officials said.

Montebello Police confirmed a 42-year-old man died in a fireworks-related accident on the Fourth of July holiday.

Montebello PD officials said the victim was using illegal high-grade fireworks and was reportedly found unconscious in the yard of a home in the 1400 block of Germain Drive, located off the intersection of Lincoln Avenue and N. Montebello Boulevard, around 6:30 p.m. Monday. A preliminary investigation found that the victim was attempting to ignite or use a high-powered, mortar type, aerial firework. The victim was holding the device when the firework went off, causing severe injuries to his upper body.

The man was rushed to the hospital where he later died. The Montebello Fire Department confiscated all firework paraphernalia that was found at the scene.

Police say the fireworks used in the deadly incident are illegal in California.

Around 10 p.m. in Azusa, a man was rushed to the hospital after he allegedly used illegal fireworks. Deputies with the Los Angeles County Sheriff’s Department responded to a home on E. Glenlyn Drive, located near the intersection of E. Baseline Road and N. Citrus Avenue where the victim was found with lacerations on his face and arms. He was taken to a hospital and is expected to survive.

Despite the man’s injuries, officials say fireworks continued to be set off in the area.

Also in Azusa, several palm trees in the front yard of a home caught fire. A man, possibly the homeowner, was seen on the roof trying to knock down the flames with a water hose to protect the house. 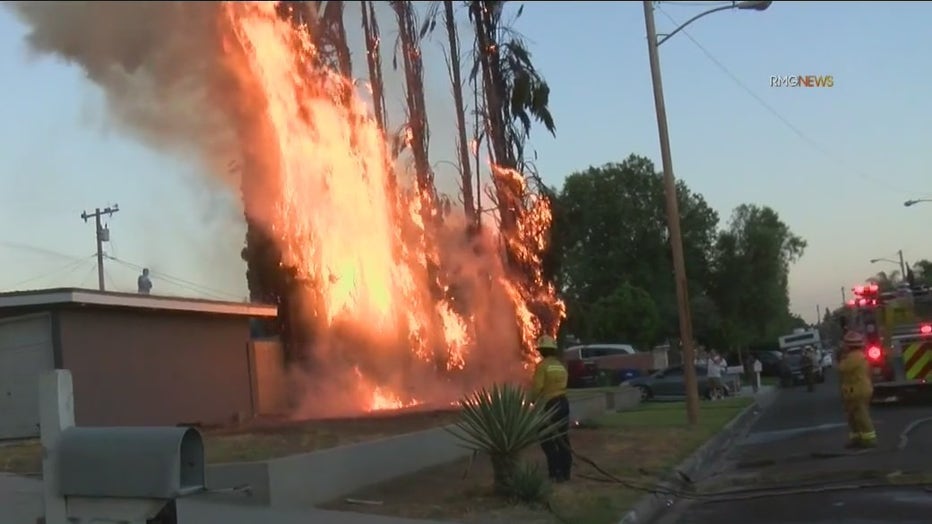 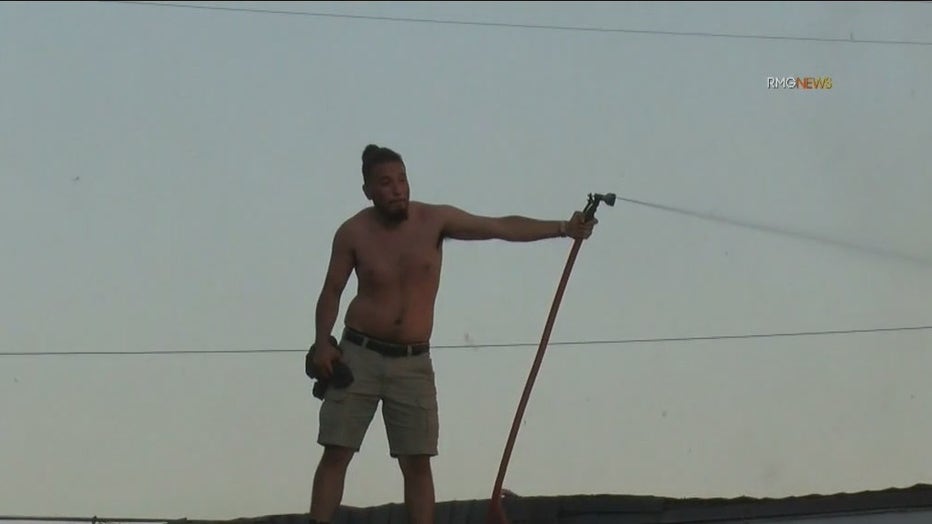 Fire authorities said no one was injured and the property was saved.

Officials also noted illegal firework displays were seen in the cities of La Puente and Industry.

A neighborhood in Azusa has been evacuated Monday afternoon after police found a cache of illegal fireworks at a home.