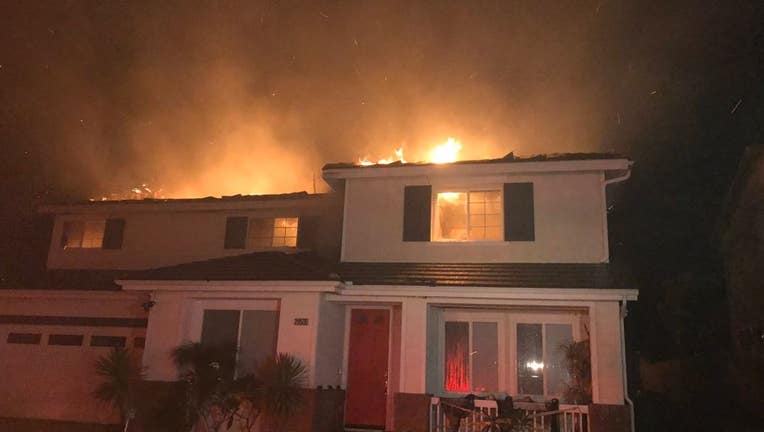 SANTA CLARITA, Calif. - Firefighters reached full containment on what was a battle a fast-moving brush fire that destroyed homes in the Santa Clarita area when fierce Santa Ana winds struck.

As of 5 p.m. Friday, public safety officials lifted evacuations for some neighborhoods in Santa Clarita. Residents in the following were permitted to return to their homes:

• North of Soledad between Whites and Sierra Highway.

As of 6 p.m. Friday, repopulation began along Sierra Highway at Linda Vista.

Officials advise that power may still be out in the repopulated areas.

For important safety information on returning home after a wildfire, visit https://www.readyforwildfire.org/post-wildfire.

For more emergency information on this incident, go to https://santaclaritaemergency.com.

All evacuation orders were lifted by 6 p.m. on Saturday, October 27.

All road closures were lifted by 6 p.m. on October 27.

The Tick Fire ignited just before 1:30 p.m. Thursday on the 31600 block of Tick Canyon Road near the 14 Freeway and was rapidly grew downhill as Santa Ana winds hit the area.

An estimated 574 firefighters worked within the fire's footprint to knock down the fierce flames on Friday. Fire crews continued to work through ember storms and flare-ups in the ferocious blaze, along with 90-degree heat. They were also faced with challenging conditions with erratic winds that could change direction and intensify as the day progressed, the Los Angeles County Fire Department said. 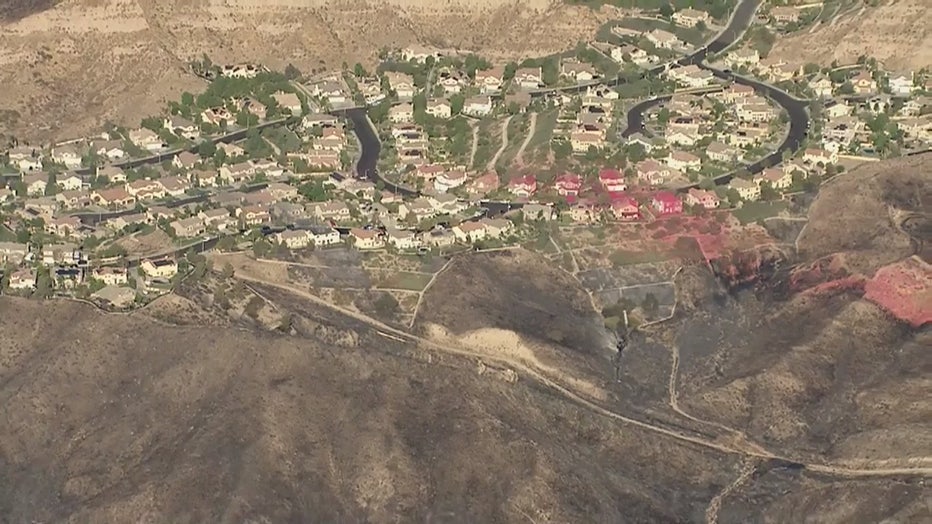 FOX 11 was at the scene as homes went up in flames on Sequoia Road in Santa Clarita located adjacent to Tapie Canyon.

Tick Fire continues to grow, home goes up in flames

A home went up in flames as the Tick fire continued to grow in the Santa Clarita area.

The Metrolink train AV Line 204 to Los Angeles was held at Lancaster due to a track closure between Vincent Grade and Via Princessa. MTA bus 8502 would make all stops into Los Angeles.

Over 10,000 structures were impacted, according to fire officials.

Related: Brush fire breaks out at the Sepulveda Basin

The Hart District, Newhall School District and Saugus School District have announced that school was closed Friday, October 25th. The Santa Clarita Marathon volunteer training for Thursday night has been canceled and Primetime Preschool is also canceled for Friday.

The cause of the fire remained under investigation and fire officials would continue to monitor the area.

Check back for updated information.