LOS ANGELES - Firefighters Monday extricated a man who was trapped in the wreckage of a multi-vehicle crash involving a bus in the Florence area of Los Angeles.

The crash was reported around 1:45 p.m. in the 200 block of West Gage Avenue. It involved a bus and a dark-colored four-door sedan. The sedan appeared to have struck the back right side of the bus, video from SkyFOX showed.

The unidentified man was extricated from the sedan and transported to an area hospital in critical condition, authorities said. 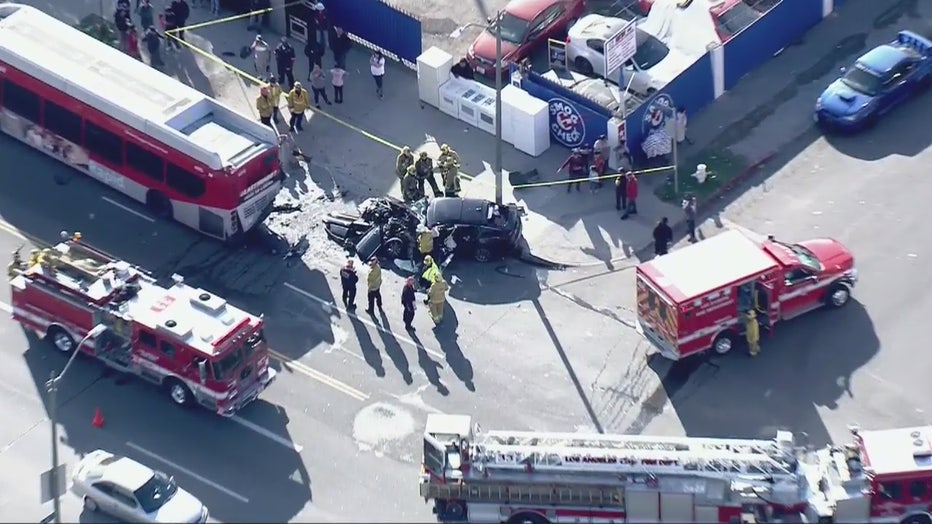