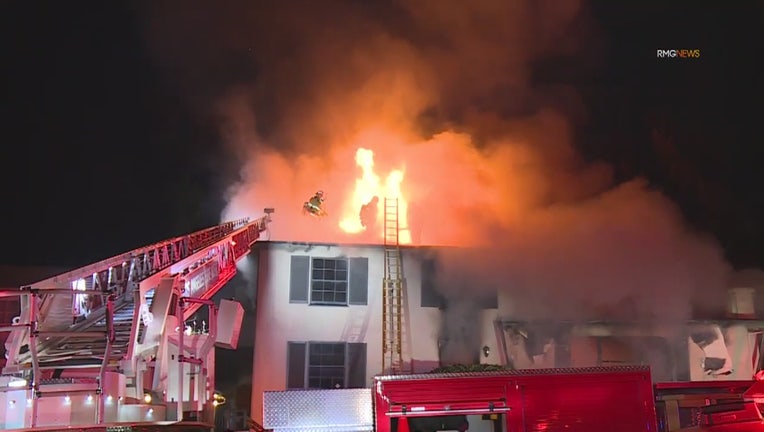 LOS ANGELES - A homeowner was displaced after a fire tore through their home in the View Park area Friday morning.

A homeowner was displaced after a fire tore through their home in the View Park area early Friday.

Arriving firefighters were called to the three-story home located on the 3600 block of West Mt. Vernon Drive, located near Crenshaw Boulevard.

Fire crews arrived to smoke billowing out of the home and shortly discovered a partial roof collapse near the back of the house. Residents in adjacent homes were temporarily evacuated.

"It was like a shock because nothing like this happens around here," a stunned neighbor told FOX 11.

Firefighters fought the flames defensively and were able to knock down the blaze within 45 minutes, officials said. 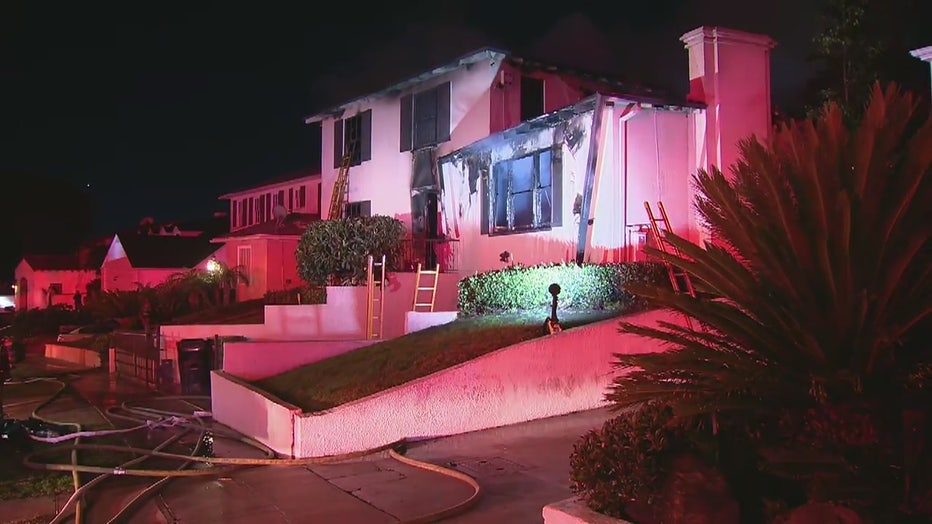 No one was inside the home at the time of the fire and no injuries were reported.