SAN GABRIEL, Calif. - A four-alarm fire at the historic San Gabriel Mission demolished the 249-year-old structure's wooden roof and much of its interior early Saturday morning.

A fire alarm at 4:25 a.m. sent firefighters to 428 S. Mission Road, where arriving firefighters reported a large column of smoke and fire coming from the corner of the roof, said Capt. Antonio Negrete of the San Gabriel Fire Department.

"During the course of the fire, portions of the roof fell upon the firefighters," Negrete said. "They were evacuated and initiated a defensive fire attack." 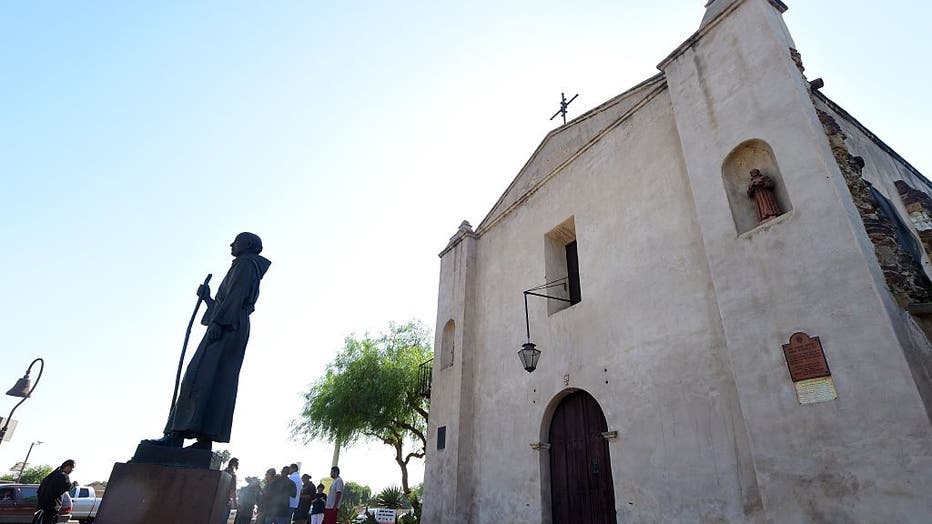 Fire investigators were at the scene and have yet to make an entry, concerned about the church's structural integrity.

The mission was founded by Franciscan Father Junipero Serra in 1771 in San Gabriel, a few miles southeast of Pasadena.

Robert Barron, auxiliary bishop of the Archdiocese of Los Angeles, tweeted: "Friends, I was deeply troubled to learn that the historic San Gabriel Mission church in Los Angeles was seriously damaged by a fire early this morning. The Archbishop of Los Angeles is on the scene."