LOS ANGELES - A fire damaged a five-story housing complex under construction in East Los Angeles Wednesday, along with a historic theater building and a house, and a "person of interest" was detained in connection with the investigation.

Firefighters responded to the area of Rowan Avenue and First Street about 1 a.m. and encountered heavy fire coming from the 62-unit complex, according to the Los Angeles County Fire Department. 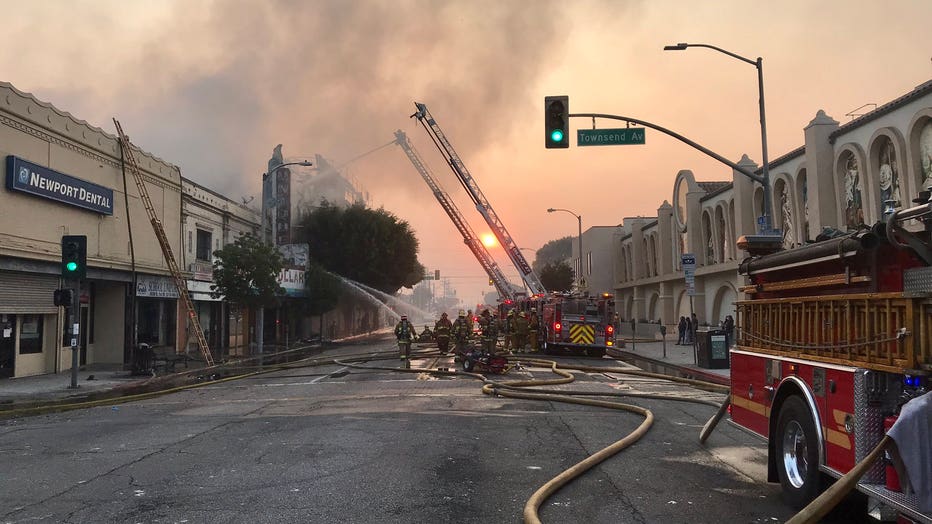 Video from the scene showed the entire structure engulfed in flames.

A total of 150 firefighters were on scene, the department said.

The building, which had been under construction for 18 months, was supposed to house low-income veterans. It was three months from being completed and was being planned and managed by a nonprofit group.

The blaze was largely extinguished by daybreak, but firefighters were still sifting through rubble hours later to determine if there were any smoldering embers. An official knockdown time was listed as 9:31 a.m. A drone was deployed to help firefighters inspect the site.

The fire also damaged a historic pre-1933 theater building, and a single-story house. Firefighters and sheriff's deputies evacuated nearby residents, and no one was injured.

A male teenager was detained for questioning as a "person of interest" in connection with the fire investigation, according to the county fire department.