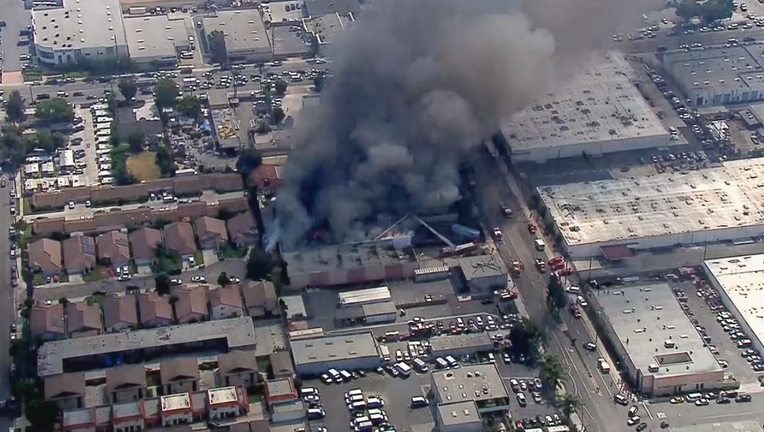 PARAMOUNT, Calif. - A large fire burned through the roof of a commercial building  housing a marijuana grow operation in Paramount on Monday, heavily damaging the structure but resulting in no injuries.

Firefighters were sent to the 7300 block of Somerset Boulevard at 10:40 a.m. and kept the flames from spreading to two adjacent occupancies in the 50-by-75- foot building, said Capt. Tony Imbrenda of the Los Angeles County Fire Department.

Two or three explosions were reported in the building a short time after the fire began, and flames shot through the building's roof, which collapsed.

The source of the explosions was not immediately known.

Crews were forced into a defensive mode, pouring water onto the structure from the exterior. A hazardous materials team was sent, and a second-alarm was called, resulting in the deployment of additional firefighters to the scene.

Imbrenda said it took about an hour to extinguish the blaze, the cause of which was under investigation.