LOS ANGELES - A fire gutted a dry cleaner building in South Los Angeles Wednesday morning, but no injuries were reported.

The fire erupted around 5:30 a.m. in a building in the 1700 block of West Florence Avenue, near Western Avenue, in the Harvard Park area of South L.A.

Firefighters encountered heavy fire through the roof of the building and quickly transitioned into a defensive mode, battling the flames from the exterior. The fire was extinguished in an hour and 35 minutes, according to Nicholas Prange of the Los Angeles Fire Department.

"Firefighters initially made entry, but intense fire behavior drove them back out," Prange said. "Using ladder pipes and large hand lines from the exterior, firefighters extinguished the fire and successfully protected nearby structures." 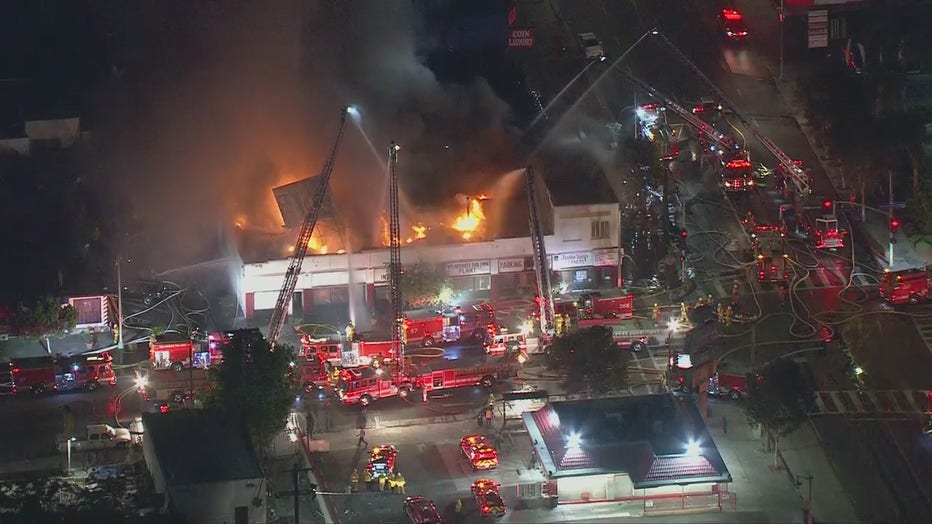