FINA to review use of Afro swim cap after backlash

FINA is reviewing the use of an Afro swim cap after receiving backlash.

The International Swimming Federation (FINA) said it is currently "reviewing" its decision to not allow the use of certain swim caps designed for natural Black hair at the upcoming Tokyo Olympics, saying it understands "the importance of inclusivity and representation" after facing backlash.

The Switzerland-based FINA drew criticism after Soul Cap, the British brand behind the caps, announced that the governing body for water sports had rejected its application last year to be officially recognized. Soul Cap makes extra-large caps designed for those with dreadlocks, weaves, hair extensions, braids, thick and curly hair, according to the company’s website.

The caps were barred by FINA on the grounds that to their "best knowledge, the athletes competing at the international events never used, neither require to use, caps of such size and configuration."

FINA described the swim caps as unsuitable due to them not "following the natural form of the head."

Following widespread criticism of the decision, FINA acknowledged the negative reactions to its decision. It said in a statement Friday that it’s committed to ensuring all aquatics athletes have access to appropriate swimwear for competition as long as such swimwear doesn’t provide a competitive advantage.

"FINA is currently reviewing the situation with regards to ‘Soul Cap’ and similar products, understanding the importance of inclusivity and representation," the statement read.

FINA noted that there is "no restriction" on Soul Cap swim caps for recreational and teaching purposes.

The British brand Soul Cap, which was co-founded by best friends Toks Ahmed-Salawudeen and Michael Chapman, said it aimed to further diversify swimming "by having our swim caps certified for competition, so swimmers at any level don’t have to choose between the sport they love and their hair."

"For younger swimmers, feeling included and seeing yourself in a sport at a young age is crucial," the brand said in a statement on Instagram. "FINA’s recent dismissal could discourage many younger athletes from pursuing the sport as they progress through local, county and national competitive swimming."

Ahmed-Salawudeen and Chapman founded the company in 2017 after meeting a woman with natural Black hair who struggled with her swim cap. According to the company’s website, it has shipped over 30,000 swim caps to customers worldwide.

Alice Dearing, who will compete in marathon swimming in Tokyo as the only Black swimmer for Britain, endorses the company’s caps. 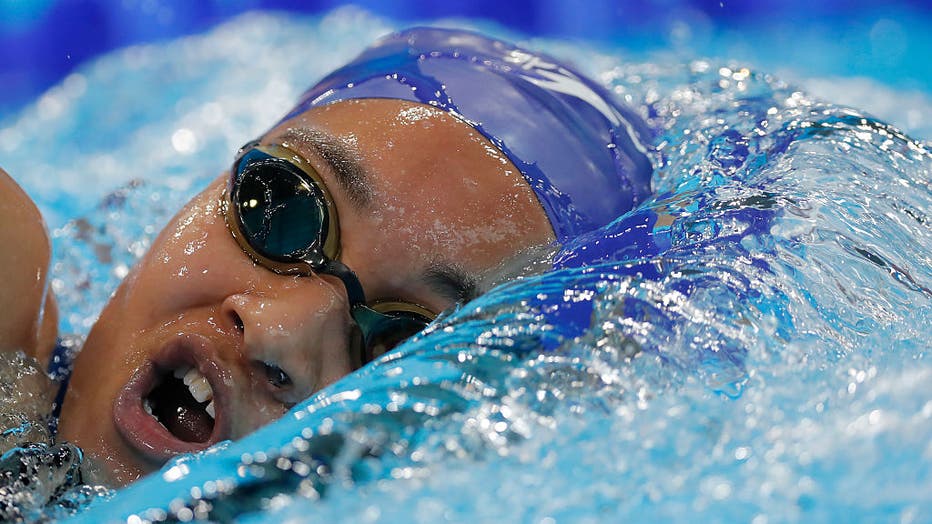 FILE - Alice Dearing of Great Britain in the women's 800m freestyle heats on day ten of the 33rd LEN European Swimming Championships 2016 at the London Aquatics Centre on May 18, 2016, in London, England (Photo by Tom Jenkins/Getty Images)

"People used to tell me my hair was ‘too big’ for the cap — never that the cap was too small for my hair," she said in a blog post on the company’s website.

FINA said it would speak with Soul Cap officials about using the company’s products at its development centers located in Dakar, Senegal, and Kazan, Russia.