The Biden administration will follow advice from Dr. Anthony Fauci and the Centers for Disease Control and Prevention (CDC) and restrict travel from several African nations following the identification of variant B.1.1.529, which appears to be highly contagious among young people.

A FedEx driver dumped hundreds of packages into an Alabama ravine at least six times in a massive "debacle," authorities said Tuesday.

The driver has been identified and questioned by investigators with the Blount County Sheriff's Office, but the person's name has not been released. On Nov. 2, authorities said 300-400 packages of various sizes were discovered in a ravine located 30 miles north of Birmingham.

FedEx sent trucks "from all over the south" to the scene to collect the parcels, Sheriff Mark Moon said in a Facebook post.

"As of right now we are looking at around 450 individual victims, some in Blount County some not, that investigators are attempting to work their cases," he said.

No charges against the driver or a suspected motive have been announced. 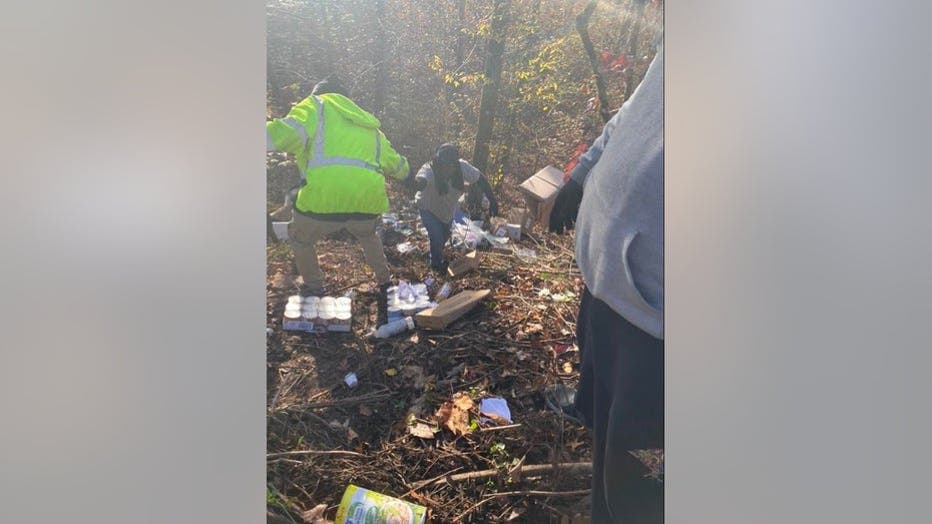 "This will not be an easy or fast case to close. Again I am asking for patience from our citizens as our investigators work through this case," Moon said Tuesday.

Photos posted to the sheriff's Facebook page show several trucks being loaded with the parcels and workers retrieving them from the ravine on Thanksgiving.

FedEx told Fox Business it is cooperating with investigators.

"We have reviewed this situation and can confirm that the individual involved is no longer providing service on behalf of FedEx Ground," a company statement said. "We regret the inconvenience this situation has caused and appreciate our customers’ understanding throughout the package recovery process. Where possible, recovered packages are being delivered to the intended recipients."

"In the event of a damaged shipment, we will make every effort to work with the affected shippers to reach a resolution," it added.