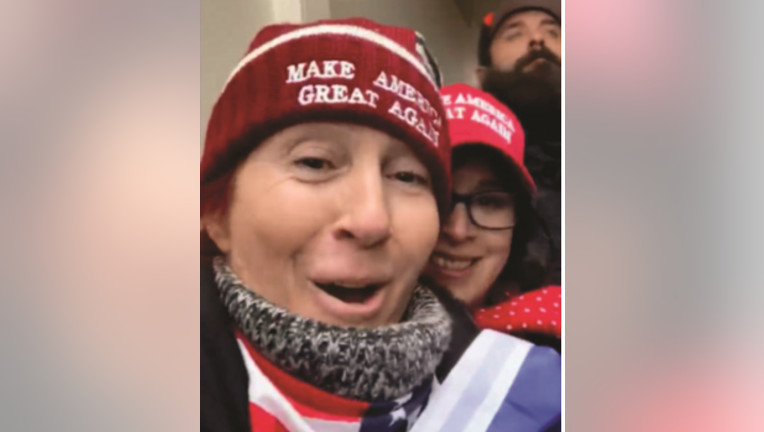 PENNSYLVANIA - Two Pennsylvania women were arrested Friday for allegedly storming the U.S. Capitol building during the Jan. 6 breach and expressing intent to kill Speaker of the House Nancy Pelosi.

Dawn Bancroft and Diana Santos-Smith are facing three charges of knowingly entering or remaining in a restricted building without lawful authority, violent entry, and disorderly conduct on Capitol grounds.

In a Friday affidavit, an FBI special agent described how cellphone footage, apparently filmed by Bancroft, show the pair exiting the Capitol.

"We broke into the Capitol…we got inside, we did our part," Bancroft, who wore a MAGA ski-cap, says in the video. "We were looking for Nancy to shoot her in the friggin’ brain but we didn’t find her."

But when prosecutors interviewed Santos-Smith, who is also depicted in the affidavit wearing a red MAGA baseball cap, on Jan. 20, she denied ever entering the building.

They later showed her a video of the two of them in the Capitol, at which point she allegedly admitted she "lied" and said they didn’t "have a pre-planned agenda."

Santos-Smith also said that when she and Bancroft approached the Capitol, they heard other pro-Trump supporters yelling, "They’re letting us in," which she claimed to interpret as being "allowed" in. Though she and Bancroft tried to enter at various locations, they climbed through a broken window.

Santos-Smith told prosecutors that she "knew that they should not be going inside the building" and alleged that neither of the women entered any offices or either chamber. She claimed the pair of them left "approximately 30 seconds to one minute" after entering the building through the same window they came in.

Bancroft, who took the video, sent the footage to her children but then deleted it and advised them to do the same. She provided the authorities with additional footage and images she took from the day.