LOS ANGELES - A father and his four-year-old daughter became victims of crime in Wilmington when they were returning to their home in October.

Ricardo Medina said on October 1 he was celebrating his birthday but when he was dropping off his daughter Alina and her great-grandmother gunfire erupted.

"We heard the bangs, and we thought it was fireworks but once I heard it hitting my car, I knew they were bullets so I said they're bullets, drop," he said.

Medina said he believes the shooters were targeting him and his family.

"When I remembered that my daughter was still in the car, Alina, she's only four years old, it scared me to death just to think she was hurt. I saw her crying. The guy wouldn't stop shooting. He shot 8 or 9 times," said Medina.

It's a memory that is locked in Medina's head.

"It was something that I will never forget. I never thought I would go through something like that with my daughter or anyone else," he said. 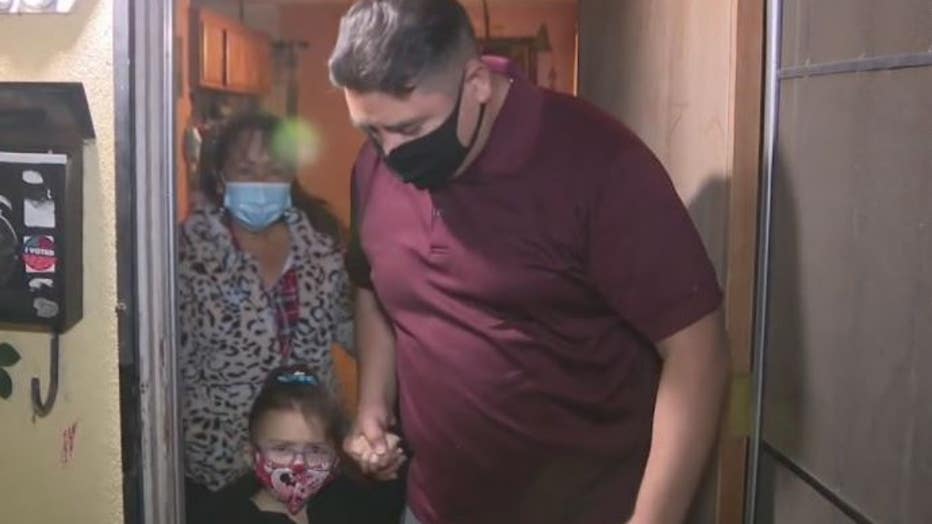 Medina, Alina and her great-grandmother were able to escape the gunfire and called 911. Police came and investigated the crime.

"That made me realize that the streets are not safe. They're [criminals] out here trying to hurt people, innocent people which is not good. We're lucky to be here, but other people are not that lucky," said Medina.

"I think it's alarming and I know everyone here, our homicide investigators, the increase is noticeable obviously, and we notice it in the increased workload, the increased stress," said Kouri.

Kouri said there were 98 murders at this time last year and this year, there are 128.

Kouri said he does not know what is contributing to the increase in violence.

"I don't know particularly what can be attributed to the increase. My gut feeling is that it's many factors," he said.

Councilman Joe Buscaino voiced his concerns about the defunding efforts underway on Wednesday. He used statistics from the 1990's showing how crime increased when the force scaled back on officers and decreased when there were more officers present.

"Let me be clear, I do not support further reductions in public safety. Let me also be clear that we need to increase the resources that we put forward toward public safety if we ever hope to get a handle on the increase in crime we're seeing today," he said.

Medina said the police were helpful to him following his scary encounter.

He hopes more people will come forward to speak about the increase in crime they're seeing in their communities.

"She's [his daughter] my blessing and anything that would happen to her, it would end my life probably so that's why I don't take this as a joke. I want people to know that if you go through this, it's not OK to stay quiet," he said.

Medina said police believe the shooting was gang-related though he is not in a gang. He said there has been an increase in violence in their Wilmington neighborhood.