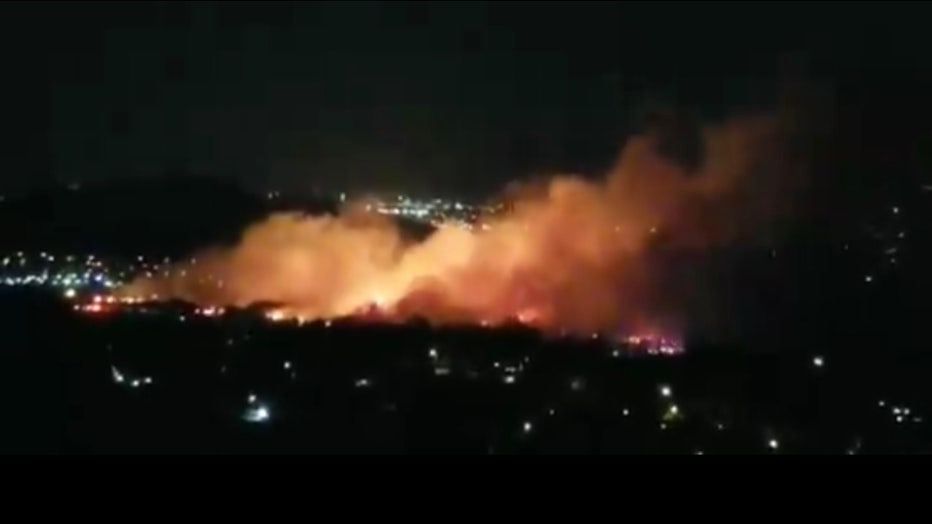 Deputies with the Riverside County Sheriff's Department began pursuing a vehicle shortly after midnight. The chase ended in a crash around 12:30 p.m. in the general area of where the fire started. Two people were taken into custody. Police identified them as Kevin Hidalgo and Bryan Anguiano. 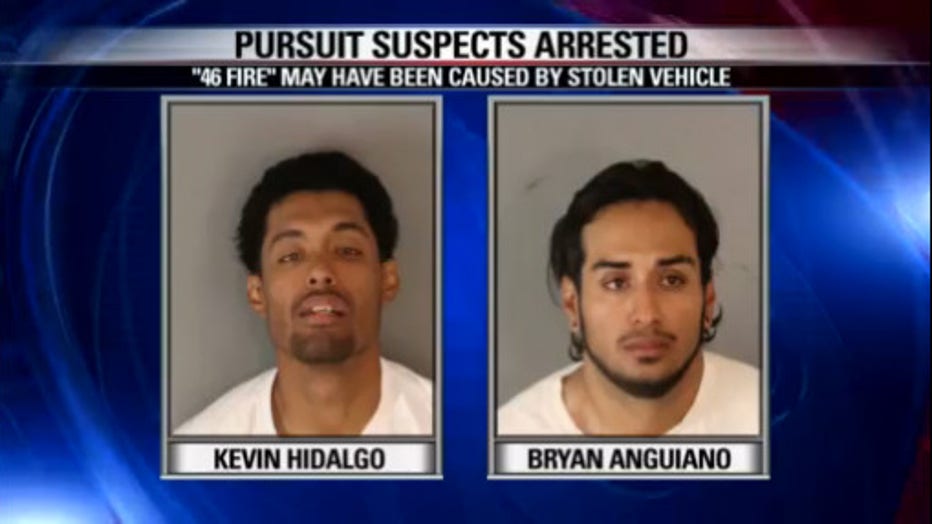 The fire burned at least 300 acres and is 85% contained. Three homes and two outbuildings were destroyed, Cal Fire Riverside said.

One person was taken to a local hospital with minor injuries, Cal Fire Riverside reported.

All evacuation orders were lifted by 2 p.m. Thursday. "Please use caution and be mindful of firefighters working in the area," Cal Fire Riverside said in a Tweet.

The Metrolink RIV Line 403 to Los Angeles was closed. The RIV Line tracks were closed between Riverside Downtown and Pedley stations.

An evacuation shelter was opened at Patriot High School, located at 4355 Camino Real in Jurupa Valley.

Indian Hills and Peralta Elementary Schools were closed Thursday due to fires in the area. Schools were expected to reopen Friday, according to the Jurupa Unified Schol District.