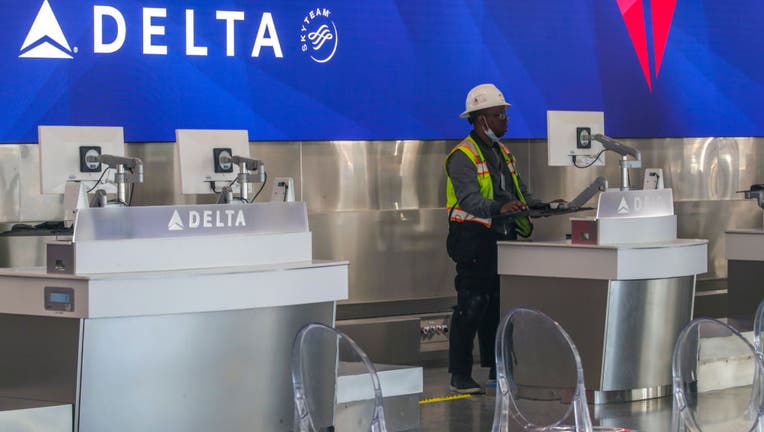 LOS ANGELES - The widow and three children of a man who died about a month after his wheelchair fell off a ramp while he was being put on a Delta Air Lines jet bound from Los Angeles International Airport to Hawaii are suing the airline for wrongful death and negligence.

Los Angeles World Airports also is named as a defendant.

A Delta spokeswoman said the company has not been notified of the suit and had no comment.

The plaintiffs were scheduled to board a morning Delta flight on July 13, 2021 bound from Los Angeles to Oahu when airline personnel told Rangel that he would have to board a separate entrance to the aircraft because he was in a wheelchair, the suit states.

Elvia Lopez asked Delta workers if her mother could assist Rangel onto the jet, but they refused her request, the suit states.

The Delta employees put Rangel on a steep ramp to enter the aircraft, but his wheelchair fell backward and off the ramp, causing him to fall to the ground and be severely hurt with a head laceration, skull fracture and other injuries, the suit states.

Rangel's health continued to decline and he died last Aug. 26, according to the suit.

The plaintiffs believe the ramp was at an unreasonably high incline amounting to an "unsafe, dangerous, condition" and that the workers who assisted him were negligently hired, trained and supervised, the suit states.

The plaintiffs have all suffered a loss of emotional and financial support due to Rangel's death, according to the suit.