Nearly 60 people were killed five years ago at the Route 91 Music Festival in Las Vegas.

LOS ANGELES - Tracy Shipp was not at the Route 91 Music Festival in 2017. Her sister, Laura, and her nephew, Corey were there. Corey made it out, Laura did not. Oct 1 is always hard for Shipp but this year there's a little bit of comfort.

A few days ago, a woman who was at the festival sent Shipp a short clip.

"I was afraid to see it. I wasn't sure what I would see," Shipp said.

Not an unreasonable fear - so much of the video from that night is horrific - but the woman who shot the video knew that the family would want to see this moment. In it, Laura, dancing and enjoying the music.

"I could hear the music in the background. You can clearly hear it. It's like a song or two before the song," Shipp said, referring to the song Jason Aldean was playing as shots began to ring out that night in 2017. "So I know that those were absolutely the very last moments of her life." 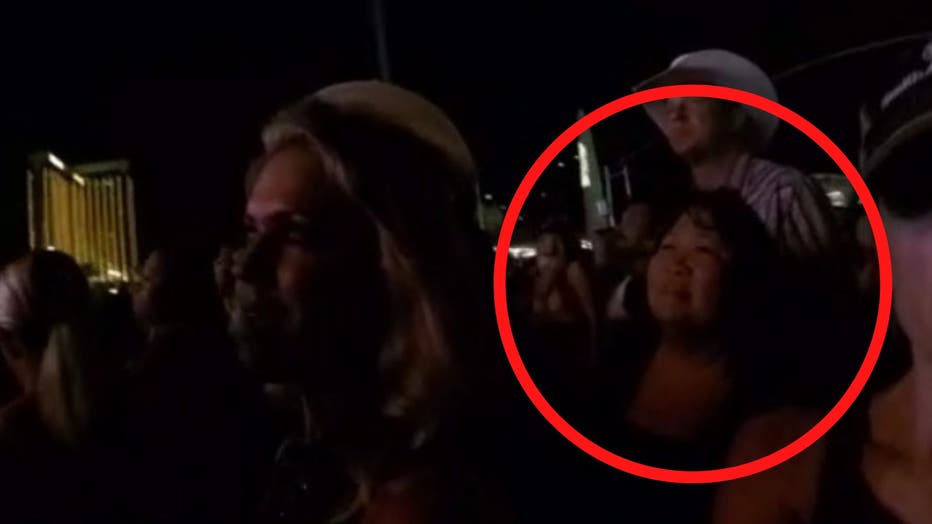 Early the next morning, Monday, Oct. 2, Tracy found out Corey was safe, but family and friends spent two days searching for Laura. Not long after the moment in the video, Laura walked away without her ID. The family went from hospital to hospital searching for her.

"I'm banging on the coroner's door begging them, '…Please. This is what she will be wearing. You will not be able to identify her because I have her IDs," Shipp said.

Laura's body remained at the crime scene for much of Monday.

In the five years since the shooting, Corey had a baby, making Laura a grandmother.

The woman who shot the video, a survivor of the shooting who didn't know Laura, told FOX 11 she was determined to share the clip of Laura enjoying the concert with her family.