FOX 2 - Michelle Singh and her sister are in a battle to take back their family home - from the relatives of the man who murdered her mother.

In February 2018, her mother Martha Watters was found murdered. The suspect, who was eventually charged with 1st Degree Murder, her stepfather Gregory Agnew.

Family home of murder victim under ownership of the killer's family

While Gregory Agnew awaited trial, Michelle Singh says he used a quit claim deed and signed over their family home on Dorset in Ypsilanti Township - to his mother and sister for a dollar.

"This has been a very long three years," she said. "I am not sure we've actually been able to grieve."

While Gregory Agnew awaited trial, Michelle Singh says he used a quitclaim deed and signed over their family home on Dorset in Ypsilanti Township - to his mother and sister for a dollar.

It is the same house where Michelle and her family grew up, created memories with their own children, and was left to their mother by her own grandparents.

"Emotionally (it has been) exhausting," Michelle said. "But I think my sister and I have a certain fight to continue to push through what we are going through

They have been fighting in probate court to get it back. Under the Slayer Statute, which prevents a killer from profiting from their wrong.

Although Agnew was sentenced to life, he appealed. They are awaiting a decision from the Michigan Supreme Court, which has to deny the appeal for Michelle's family to legally get back the house.

But Michelle says her stepfather's family left it in disarray when the court made her the personal representative of the estate.

"Walking through the window it was awful," she said. "The dogs were laying on the ground and then barking. There were feathers and rodents dead., there were dog feces everywhere. It was the worst condition you could imagine."

More: Man who killed wife sentenced to life, family gets justice: 'hope he rots in hell'

The dogs were so malnourished and sick - they had to put to be euthanized. Between probate court costs and cleaning out and repairing the family home, they have spent thousands of dollars.

A family friend started a GoFundMe account to help pay for the court battle that still isn't over..and bring the house back to the way it was. 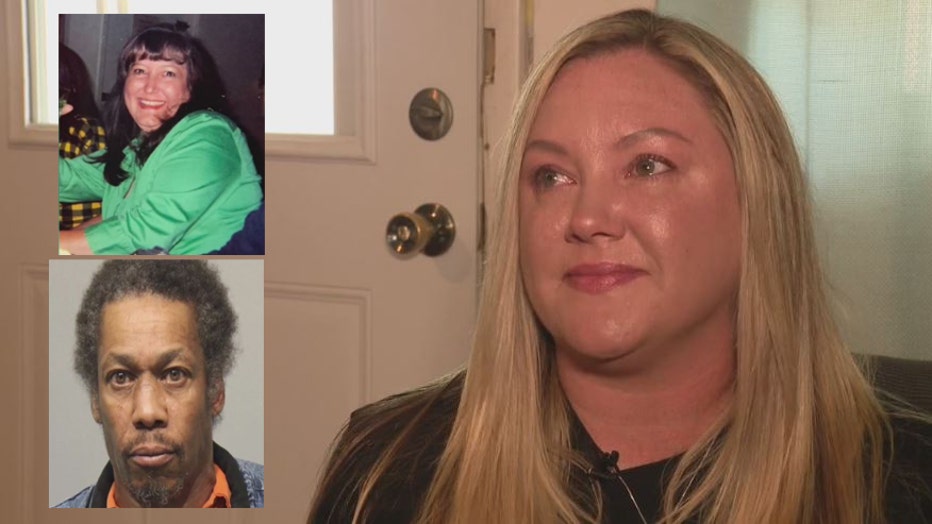 "This will be ours, we will get the home, but we can't do it financially alone, anymore," she said.

But Michelle says they refuse to give up - it's what their mom would have wanted.

"And I know this is a memory for us right now that is hard, but it is going to pass and it's going to be worth it, and that is what she would tell me," she said.

The family is waiting for the state supreme court to make its ruling, but her sister is able to stay there for now.

To donate to the family to fix up their house CLICK HERE.