FOX 11's Gina Silva was in Palmdale as loved ones demanded justice in the shooting death of 19-year-old Jacob Taylor.

A vigil was held Monday at Marie Kerr Park, where Taylor was shot and killed overnight on Halloween. Two other teenagers were shot that night in a drive-by shooting. According to investigators, a group of men and women were in the west parking lot at the park when a fight erupted. The fight broke up, but 10 minutes later police said a pickup truck pulled into the lot and someone inside the truck began shooting at the crowd.

All three of the teens were taken to the hospital. Two teen girls are expected to recover, but Taylor was pronounced dead at the hospital.

"Oh I'm demanding justice," said Taylor's friend Amya Thompson. "I don't want anyone to give up on him like he was just a nobody. He affected, this impacted the whole Antelope Valley, his death. And all I'm asking for is justice. I'm not asking for retaliation, I just want to see whoever did it behind bars." 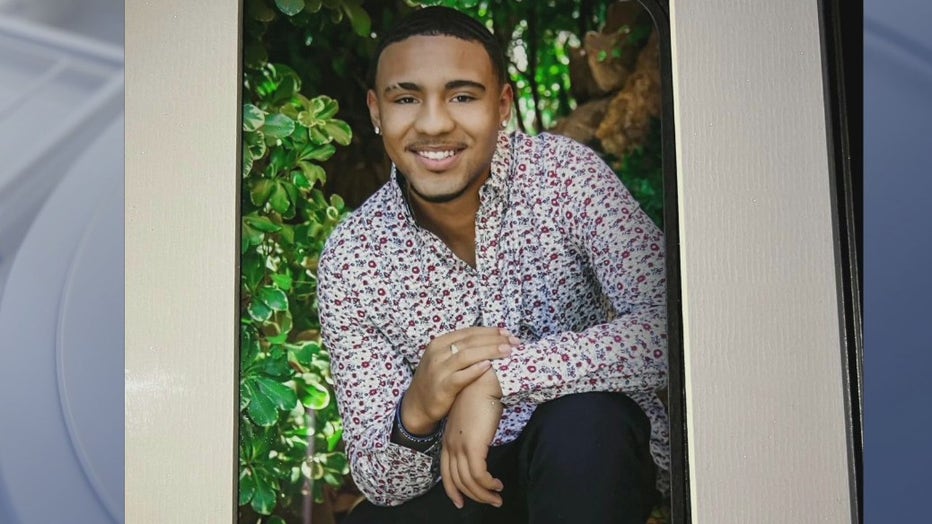 Jacob Taylor, 19, was shot and killed in a drive-by shooting at a Palmdale park on Halloween night.

"He was a good young man," his uncle said. "He was loyal to his friend. He cared deeply about his mother, his father and his younger sister. Everyone who knew him knew he was there for them."

Taylor graduated from high school in 2021, and wanted to be a psychologist

Authorities are still investigating the shooting. Anyone with information is asked to call the Los Angeles County Sheriff's Department's Homicide Bureau at 323-890-5500.