Former football coach Terry Donahue -- the winningest coach in UCLA history -- has died at age 77 after a two-year battle with cancer.

LOS ANGELES - Former football coach Terry Donahue -- the winningest coach in UCLA history -- has died at age 77 after a two-year battle with cancer.

Donahue passed away Sunday at his Newport Beach home.

Donahue was the first person to appear in a Rose Bowl Game as a player, assistant coach and head coach. He began playing for the Bruins in 1965 and helped the team to their first-ever Rose Bowl victory against unbeaten Michigan State. He served as an assistant coach first under Pepper Rodgers, then Dick Vermeil. He became head coach in the 1976 season at age 31. 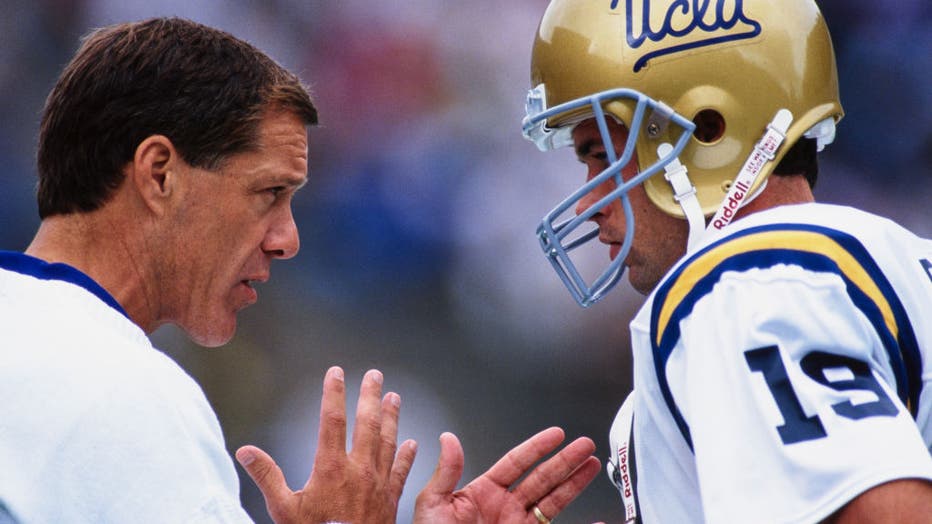 He also had a winning record where it mattered most -- against crosstown rival, USC. Against the Trojans, Donahue went 10-9-1.

In 2000, Donahue was inducted into the College Football Hall of Fame. Three years earlier, he was selected to the Rose Bowl Hall of Fame. He was also a member of the UCLA Athletics Hall of Fame, class of 2001. And he was named by ESPN as one of the 150 Greatest College Coaches of all time.

After coaching, Donahue became a broadcaster for CBS Sports and FOX, he also served in a front office role for the San Francisco 49ers.

Donahue is survived by his wife, Andrea, and three daughters, three sons-in-law and 10 grandchildren.