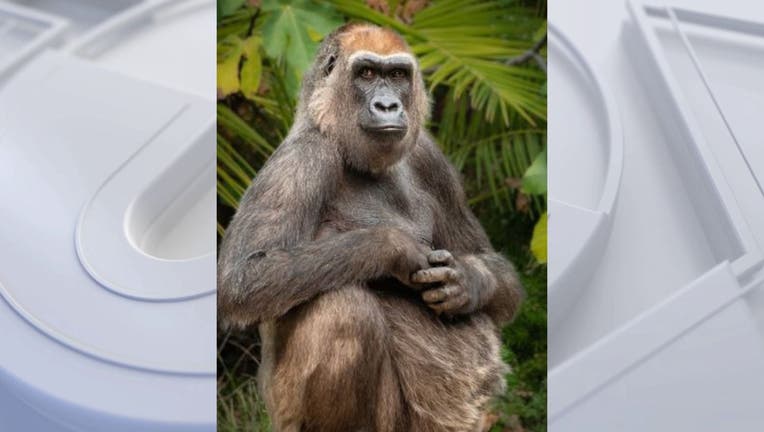 LOS ANGELES - Evelyn, a 46-year-old western lowland gorilla and the oldest gorilla in the history of the Los Angeles Zoo, has been euthanized after "experiencing health issues leading to a decline in her quality of life over the last couple of weeks," the zoo announced Wednesday.

"We are heartbroken to share that animal care and veterinary staff made the difficult decision to euthanize" the gorilla, zoo officials announced on Twitter.

While western lowland gorillas can live 30 to 40 years in the wild, the zoo attributed Evelyn's longevity to "the incredible care provided to her by our animal care and veterinary teams."

"We are all so deeply saddened over the loss of Evelyn," Tania Prebble, one of the zoo's animal keepers, said on the Twitter thread announcing the gorilla's passing.

"Words cannot describe how much love and joy she gave everyone over her 46 years of her life. Personally, working with her these last 15 years has been a blessing.

"I will always cherish the one-on-one moments I had with her. She will never be forgotten by her gorilla family, human family, nor her adoring zoo family."

Zoo officials said Evelyn was known for her red hair and "independent and charismatic personality."

In addition, officials said, "she provided a watchful eye over the newest youngster, Angela, and had been a wonderful family member to Kelly, N'Djia and Rapunzel."

Western lowland gorillas are an endangered subspecies of the larger western gorilla, and, in the wild, are native to forests and swamplands in central Africa.