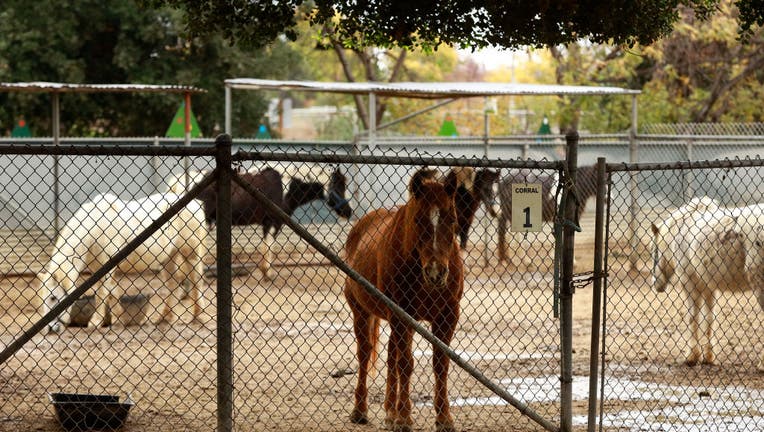 LOS ANGELES - The general manager of Los Angeles' parks department is citing a lack of transparency into the deaths of four horses at Griffith Park and inadequate veterinary documentation as the reason the city is not renewing the park's long-time pony ride attraction.

The Los Angeles Department of Recreation and Parks announced last week that the Griffith Park Pony Rides and Petting Zoo will close Dec. 21, after the department decided not to extend its contract.

The attraction has been criticized for alleged animal cruelty by animal rights activists, who have staged regular protests at the park throughout the year.

In 2021, City Council members Paul Koretz and Nithya Raman introduced a motion to have the parks department report on the findings of a third-party assessment of the facility, after complaints from Los Angeles Alliance for Animals.

According to the report, Dr. Rachael Sachar inspected the facility's 38 ponies, seven goats, two rabbits and one sheep on Jan. 3 and found "the working conditions to be satisfactory and did not witness any gross violations related to the care or the treatment of the animals on exhibit."

A follow-up report found no gross violations in animal care, but also noted that "the concession's collection of ponies had changed and that four ponies are deceased and six were placed in other facilities. While the report states that there is no indication that neglect led to the deceased animals, the City was not notified of the animals passing until the time of the inspection. The report also states that limited veterinary documentation was provided regarding the deceased animals.

The ponies died in March, April and August, but the city allegedly was not notified until the independent veterinarian's third inspection was received in late September.

RELATED: Griffith Park Pony Rides to shut down after 74 years

City officials noted that the operator is not required to notify the city of deceased animals.

"But given the lack of transparency and communication with the City, as well as the limited veterinary documentation related to the deceased animals, the Department was not comfortable exercising a second contract extension with the operator," Parks General Manager Jimmy Kim said.

Kim added in a letter to parks department staff on Tuesday that the vociferous protests did not inform his decision not to renew the contract. The pony rides have been offered at Griffith Park for 74 years.

"We are grateful that the city has taken the appropriate steps to close Griffith Park Pony Rides and Petting Zoo down," said LAAA's Zohra Fahim. "Animal abuse and animal cruelty don't align with the values of Angelenos."

Officials for the Pony Rides attraction did not immediately respond to a request for comment, but owner Stephen Weeks made his feelings clear when the decision was announced last week.

The historical landmark will close by the end of 2022.

"You have all followed our fight against these few radical animal rights activists," Weeks wrote on Facebook. "Despite our year-long fight to answer the untrue statements of these individuals, our efforts were not heard. This was the city decision and not the pony rides choice."

Weeks said his focus now is on the future of the ponies. "In the days ahead I will be attempting to find forever homes for our many ponies. I am determined to find homes for our ponies with qualified horsepeople who will care as much about our ponies as I do."

Meanwhile, Fahim is calling for California Attorney General Rob Bonta to investigate Weeks for animal cruelty, claiming that her organization was in the process of consulting with an independent, third-party investigator and respected animal cruelty expert who identified "deficiencies needing immediate attention."

Parks officials say they'll now seek input from the public on a suitable replacement for the attraction, with a special task force meeting scheduled for Dec. 15.