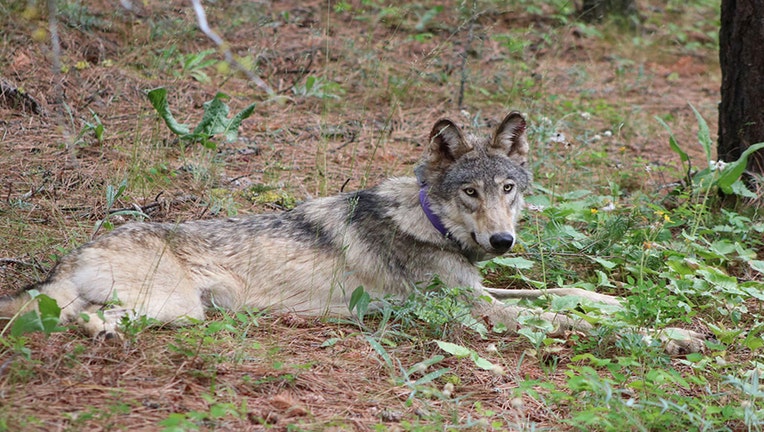 VENTURA, Calif. - An endangered gray wolf that traveled at least 1,000 miles from Oregon to California’s Central Coast before his tracking collar stopped giving signals in the spring may still be alive and roaming in Ventura County.

The California Department of Fish and Wildlife said Friday that it received three reports last month of a wolf with a purple collar in the northern part of the county, and officials were able to confirm wolf tracks in the vicinity.

The reports match the description of OR-93, the young male who was fitted with a purple tracking collar by federal wildlife officials in Oregon in June 2020. The collar’s transmission indicated he entered California early this year, passing through the Sierra Nevada and the San Joaquin Valley before reaching San Luis Obispo County, where officials received the last signal on April 5.

"Though historically all of California is wolf habitat, this is the farthest south in California that any gray wolf has been documented since one was captured in San Bernardino County in 1922," the department said in a statement.

If an opportunity arises, wildlife officers may try to catch and re-collar the wolf to continue tracking its journey. Wildlife officials are monitoring gray wolves because they are listed as endangered in California.

"We’re thrilled to hear that OR-93 is likely alive and exploring Ventura County after not hearing from him for months," said Amaroq Weiss, senior wolf advocate at the Center for Biological Diversity. "This beautiful wolf’s amazing adventure shows the world what intrepid animals they are. We propose a toast to OR-93 and to California for providing wolves the protections they need to make such a remarkable journey."