Mom of 5 stabbed to death in front of children in East LA; Boyfriend arrested

A man who allegedly stabbed his girlfriend, Milagros Medina, to death in front of her five children in East Los Angeles over the weekend has been arrested.

LOS ANGELES - A man who allegedly stabbed his girlfriend to death in front of her five children in East Los Angeles over the weekend has been arrested, authorities said Monday.

Sergio Viilalobos-Jimenez, 54, was identified as the suspect in the September 30 murder of his girlfriend, 45-year-old Milagros Medina. Deputies arrested Villalobos-Jimenez in the 1900 block of Rosemead Boulevard in South El Monte Sunday around 4:45 p.m. after receiving a tip stating he had been seen walking in the area. He surrendered without incident and is scheduled to be arraigned on Tuesday.

According to family, Medina was stabbed by her live-in-boyfriend, who was later identified as Villalobos-Jimenez. Medina was stabbed repeatedly in front of her five children ages 3, 11, 13, 15 and 18, along with the 18-year-old's close friend. The friend spoke to FOX 11 about what she witnessed, and FOX 11 is shielding her identity for safety.

RELATED: Mother of five stabbed to death by boyfriend in East LA home

"It was really gruesome," she said. "Her five children saw it, [along with] her three-year-old son. There was a lot of blood splattered everywhere. The blood went onto him [the 3-year-old], and that's what really broke me."

She said one of the children tried to help her mom as she was being stabbed.

Milagros Angelica Medina was stabbed to death in her East LA home in front of her five children and a family friend, according to sheriff's deputies. Authorities say her boyfriend stabbed her when she told him he wanted to break up.

"Her (Medina's) 11-year-old daughter tried to defend the mom. I thought it was really brave, but they (the children) shouldn't be going through this," she said.

Family said the stabbing was the result of Medina telling her boyfriend she wanted to break up.

"She just didn't want to be with him anymore because she didn't feel safe," the friend said "She hadn't slept for three days straight, and she always told her kids to keep an eye on him to see if he would do anything to her."

Lulu, a family friend, said there were calls to police prior to this incident, but nothing was done.

"It's a shame the system is supposed to help us and unless they see blood, then they're not there. It's unfortunate that the police have to respond to a violent act for them to help when they've [family] called previously for the same type of violence and aggression at home. They [police] should be more readily available to help and offer resources to the community, to women that are reaching out and calling for help and unfortunately, a friend passed away due to the act of violence at home by a so-called loved one," said Lulu. 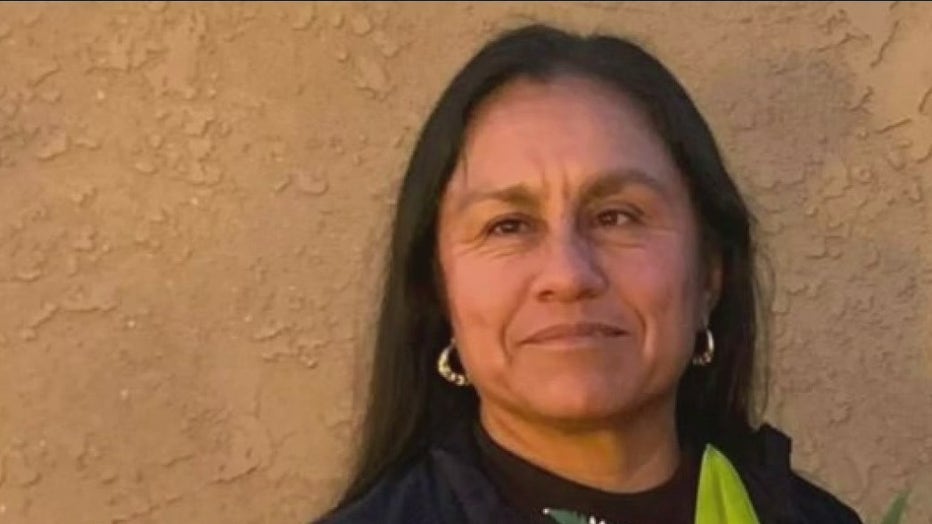 Medina was described as a loving mother who provided for and cared for her children.

Family and friends have created a GoFundMe page to help bury Medina next to the children's father who passed away from a medical condition.