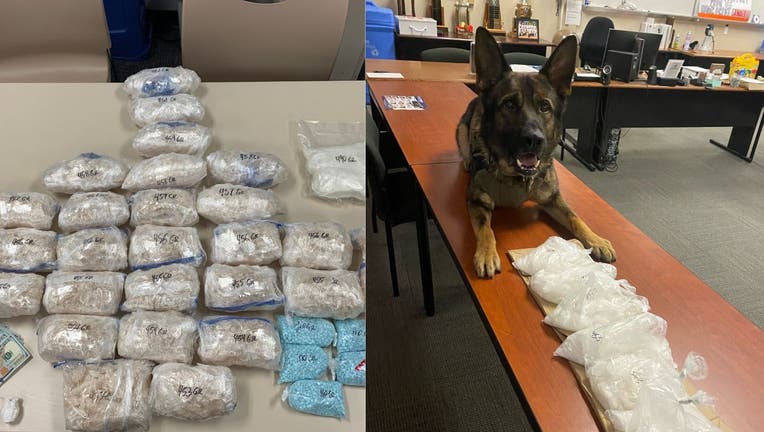 Detectives from the Ventura County Sheriff’s Office say during a three-month investigation, they discovered that Jose Delgado, 39, was working with a large drug trafficking organization responsible for distributing large quantities of methamphetamine, heroin and counterfeit prescription medications containing fentanyl to residents of Ventura County.

Officials say Delgado coordinated drug shipments and deliveries from Tijuana, Mexico. Once in the US, the drugs were then transported and stored in safe houses throughout Los Angeles.

According to the sheriff’s office, Delgado used drug couriers to transport the items to Ventura County. Once in the county, Delgado’s co-conspirator, Jose Chavez, would distribute the drugs to street level drug dealers and users.

On four separate occasions, detectives seized large amounts of counterfeit M30 pills that were laced with fentanyl, along with methamphetamine, cocaine, and weapons.

During the entire investigation, detectives seized approximately 60 pounds of methamphetamine, a kilogram of cocaine, several thousand M30 pills, believed to be laced with fentanyl, rifles, handguns and thousands of dollars.

The case will be handed to the District Attorney’s Office.