LOS ANGELES - An hour-long standoff finally came to an end between a driver refusing to get out of a possibly stolen car and police in Beverly Hills Monday night.

According to the Beverly Hills Police Department, a stolen car was spotted in the area and a chase ensued. The driver ended up crashing the possibly stolen car near the area of Wilshire Boulevard and Doheny Drive. 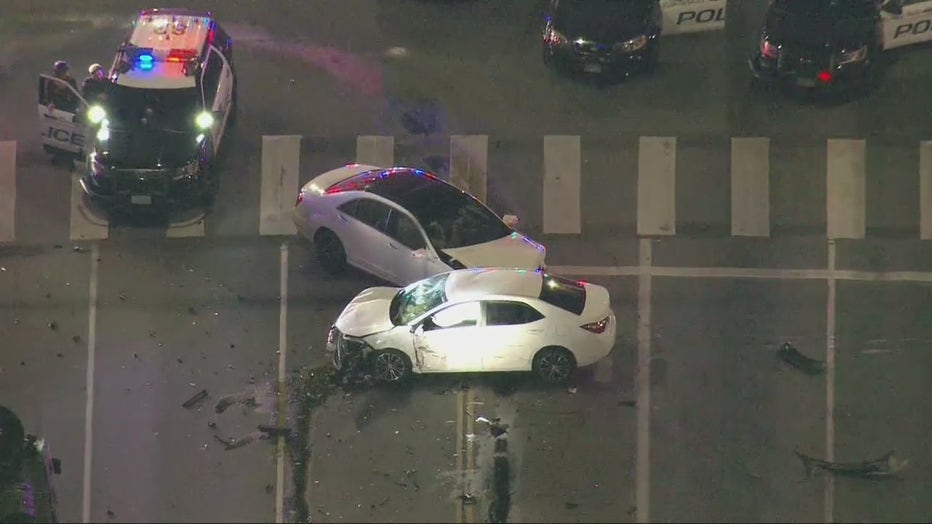 The crash led to "some" minor injuries, according to police. Officials did not give an exact number of people hurt from the crash.

After about two hours, the suspect finally surrendered and police took them in custody.