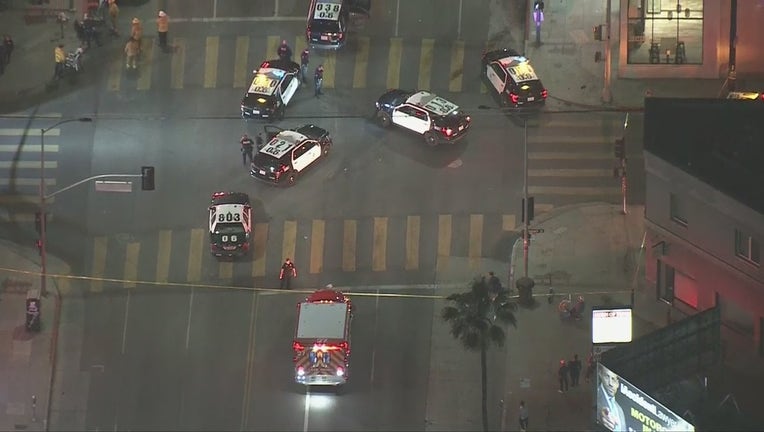 According to the Los Angeles Police Department, the chase briefly happened a little after 9:45 p.m. The chase ended in a multiple-vehicle wreck in the 7400 block of West Sunset Boulevard, LAPD said.

According to LAPD, the suspect hit a parked car, then hit another car that was driving down the street. The crash left five people hurt, three of which from the police chase suspect vehicle, LAPD told FOX 11.

All three from the suspect vehicle were taken into custody, LAPD said.

Officials did not specify their conditions but all are expected to be OK, LAPD told FOX 11.