LOS ANGELES - A disturbing video surfaced on Tuesday of three rats roaming around inside a Los Angeles area 99 Cents Only store.

The man who took the video, Ranel Amigo, told FOX 11 that he was waiting for a nearby bus when he saw as many as three rats running around inside the store, located near the corner of S. Alvarado Street and Wilshire Blvd. in Westlake.

The video showed a large rat scuffle along the floor inside the 99 Cents Only store on Monday night, two other rats could also be seen inside the store in the background of the video. One was underneath a bin of sports equipment for sale and the other was seen momentarily running past an isle of canned food. 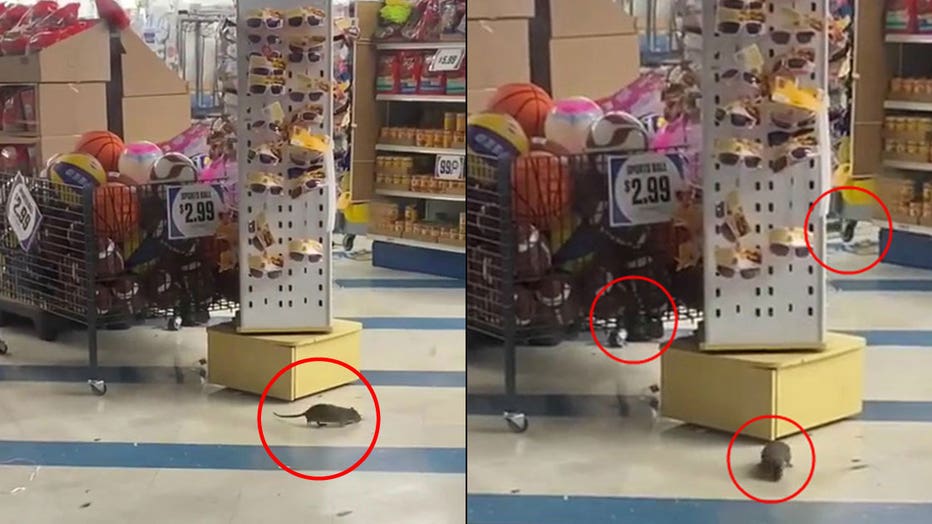 Amigo said he found the sight quite alarming as his mother frequently shops at the store for food and other various items.

Tuesday afternoon, the 99 Cents Only Store released a statement:

“Nothing is more important to us than the safety of our food and the cleanliness of our stores. We have taken immediate action to sanitize this area and have stepped up our pest control enforcement both in and around this store to make sure this issue is resolved. We have voluntarily contacted the Los Angeles County Health Department and will be working closely with them to resolve this issue. We apologize for this unfortunate situation and assure our customers that we are doing everything possible to prevent future problems from occurring.”