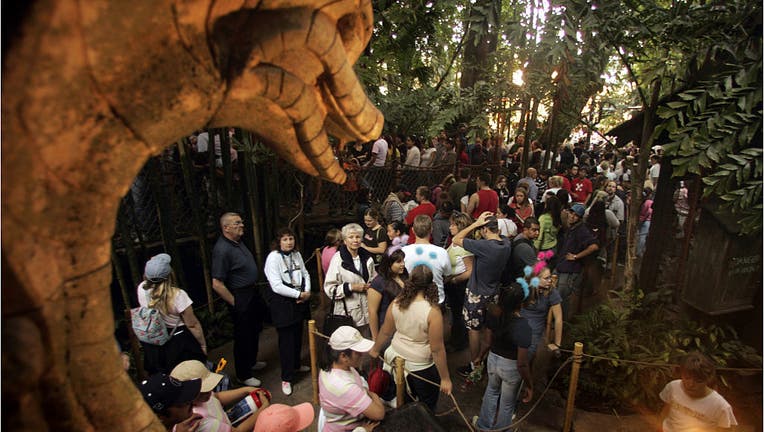 Patrons at Disneyland file through the excavation site while in line at the Indiana Jones: Temple of the Forbidden Eye attraction. Disneyland is a pioneer in moving lines efficiently and distracting or entertaining people while they wait. (Photo by D

ANAHEIM, Calif. - After nearly a quarter century the Indiana Jones Adventure thrill ride at Disneyland in Anaheim is getting a facelift.

Disney filed a permit with the city of Anaheim for a major overhaul of the popular ride, according to city officials.

The O.C. Register reported, 'Disneyland crews will replace a plank bridge and its steel structure in the show set of the Indiana Jones Adventure attraction and refurbish rockwork, according to the building permit.'

The work will begin sometime in 2020 along with Snow White’s Scary Adventures in Fantasyland is also scheduled to undergo an extensive renovation.