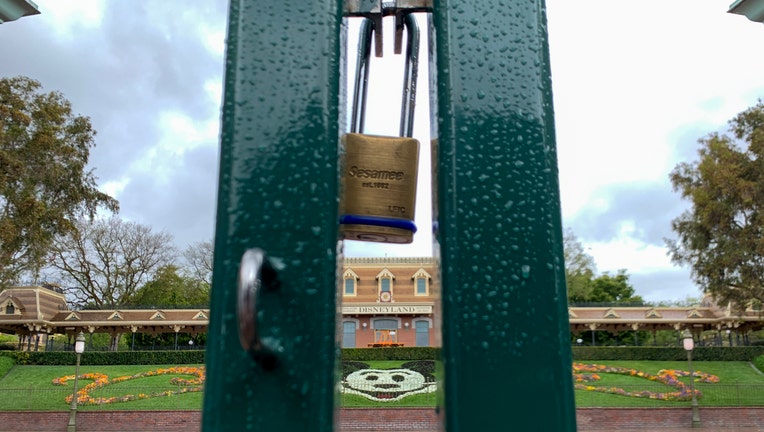 ANAHEIM, CA - MARCH 16: A lock hangs on the center gate between the turnstiles at the entrance to Disneyland in Anaheim, CA, on Monday, Mar 16, 2020. The entire Disneyland Resort is shutting down due to the coronavirus (COVID-19) outbreak. (Photo by

ANAHEIM, Calif. - Disney officials have announced that Disneyland and California Adventure will remain closed until further notice due to the coronavirus outbreak.

The Anaheim resort closed earlier this month, with officials initially saying they hoped to reopen by the end of March.

RELATED: Disneyland, California Adventure to close this Saturday through end of the month

“As a result of this unprecedented pandemic and in line with direction provided by health experts and government officials, Disneyland Resort and Walt Disney World Resort will remain closed until further notice,” according to a statement released online.

The company says they have been paying its cast members since the closure and have decided to extend their pay through April 18.

At this moment there is no exact date of when the parks will reopen.