Defense officials say the Department of Homeland Security has asked the Pentagon to fund the construction of 270 miles of border wall this year as part of a counter-drug effort.

WASHINGTON - The Department of Homeland Security has asked the Pentagon to fund the construction of 270 miles of border wall this year as part of a counter-drug effort, defense officials said Thursday.

The officials said the request came in Wednesday, and the Pentagon is beginning what will be a two-week assessment to determine what will be approved. The officials, who briefed reporters on condition of anonymity, would not provide any cost estimates.

The request comes amid sharp divisions about the border wall between President Donald Trump and members of Congress who have opposed the use of military funding for the construction.

The border wall is one of Trump's signature issues — he's been talking about building a “big beautiful wall” between the U.S. and Mexico since his early campaign days. He also has claimed that Mexico is paying for the wall, but that has not happened.

Instead, money has been diverted from military construction projects and drug interdiction funding, setting up a persistent source of conflict between Democratic lawmakers and Trump in the budget bills each year.

Defense officials said the request is for construction or replacement of border barriers, lighting and roads in six sectors across several states. The six areas, the officials said, are high traffic areas that include some urban sections near border crossings. 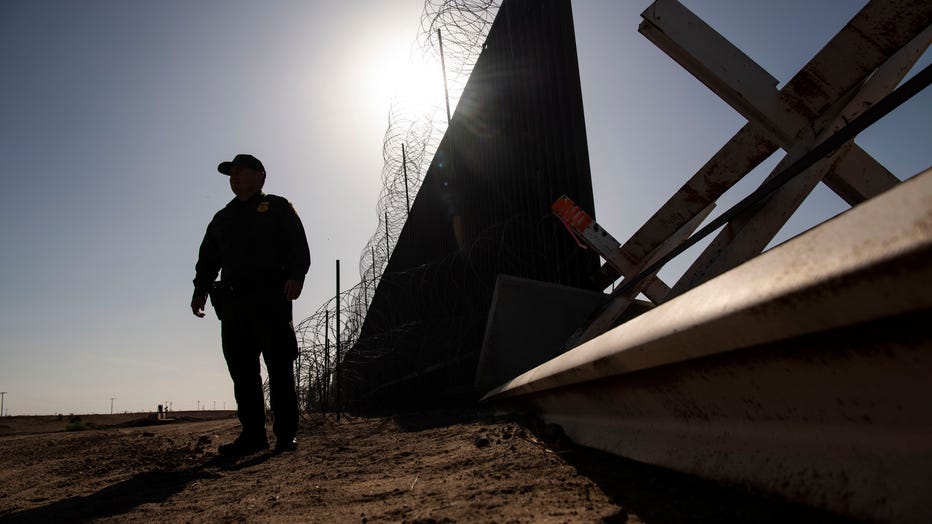 A Border Patrol agent is shown near the U.S.-Mexico border in a file photo. (Photo by Carolyn Van Houten/The Washington Post via Getty Images)

Earlier this week, officials said the Trump administration was weighing whether to shift billions more in military funding to build the border wall. And House Appropriations Committee Chairwoman Nita M. Lowey and other lawmakers said the administration was planning to “steal” $7.2 billion in counternarcotics and military construction funding to pay for the wall.

Officials on Thursday said there have been no decisions about any funding levels. And they said the Pentagon's two-week review will assess if the request meets legal requirements and seeks feasible construction. Senior military leaders will review the impact on military readiness and the comptroller will identify potential funds. A final decision would be made by Defense Secretary Mark Esper.

When asked about wall funding this week, Esper said the Pentagon considers the southwest U.S. border to be part of its mission to protect the homeland, and that the department supports the DHS in that respect. Asked whether that meant supporting DHS financially, he said, “If that’s what it takes, we prepared to support.”

Last year Trump was forced to settle for just $1.4 billion in wall funding following the longest government shutdown in history. In reaction, he declared a national emergency that allowed him to shift almost three times as much money from military accounts to wall building.

The Supreme Court ruled this summer the funds could be used. In total, about $12 billion has been allocated for the wall. And billions more have been requested.

The officials said broadly that counterdrug money can be used for the wall because the entire southwest border has been certified by DHS as a drug smuggling corridor.