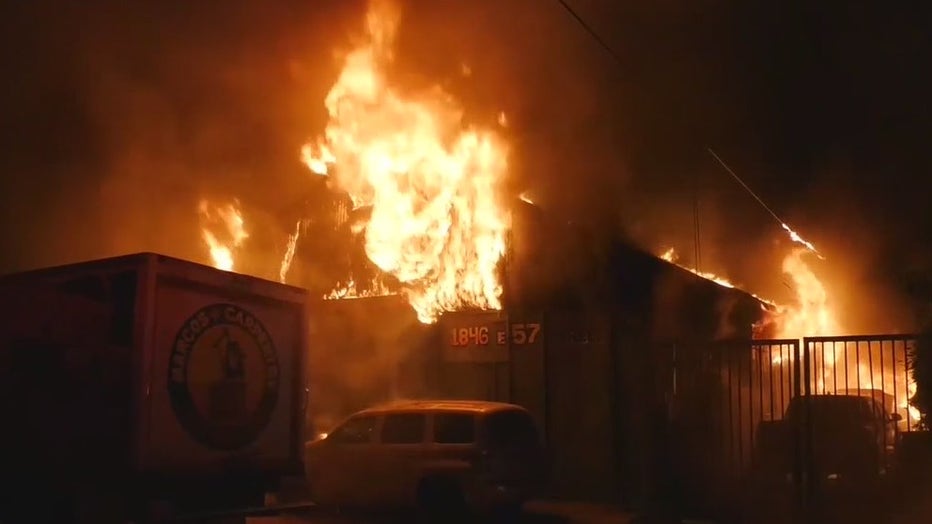 Arriving firefighters said the building was fully engulfed and threatened nearby buildings in the industrial area.

Firefighters rushed into the burning building to save someone who was trapped inside. However, they were pronounced dead at the scene.

Editor's Note: This story has been revised to state that the victim killed in the blaze was not a carpenter, as it was originally reported earlier in the day.