A motorcyclist was killed on the westbound lanes of the 60 Freeway in Riverside.

RIVERSIDE, Calif. - One person was killed in a motorcycle crash in Riverside on Tuesday morning.

The deadly crash occurred on the 91 Freeway near the Van Buren Boulevard exit just before 8 a.m.

A SigAlert was issued in the area and traffic was temporarily diverted off the freeway. 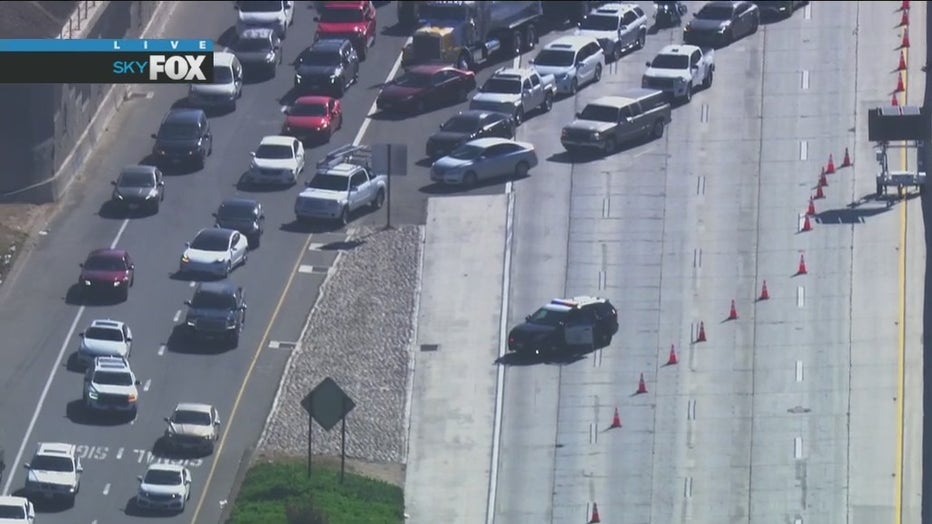