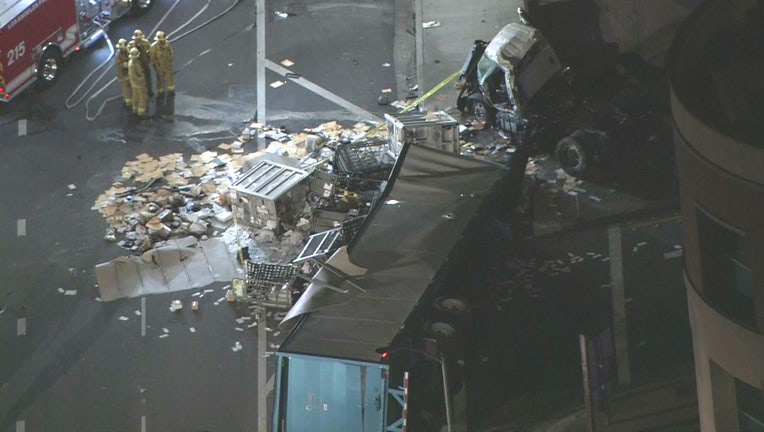 LOS ANGELES - A collision Monday night involving two passenger vehicles and a U.S. Postal Service semitractor-trailer left a man unconscious and sent him to a hospital with critical injuries.

The crash occurred on the southbound Harbor (110) Freeway near Martin Luther King Jr. Boulevard about 9 p.m. The semitractor-trailer left the freeway and overturned near the intersection of 37th and Flower streets, near the University of Southern California campus, according to Brian Humphrey of the Los Angeles Fire Department. 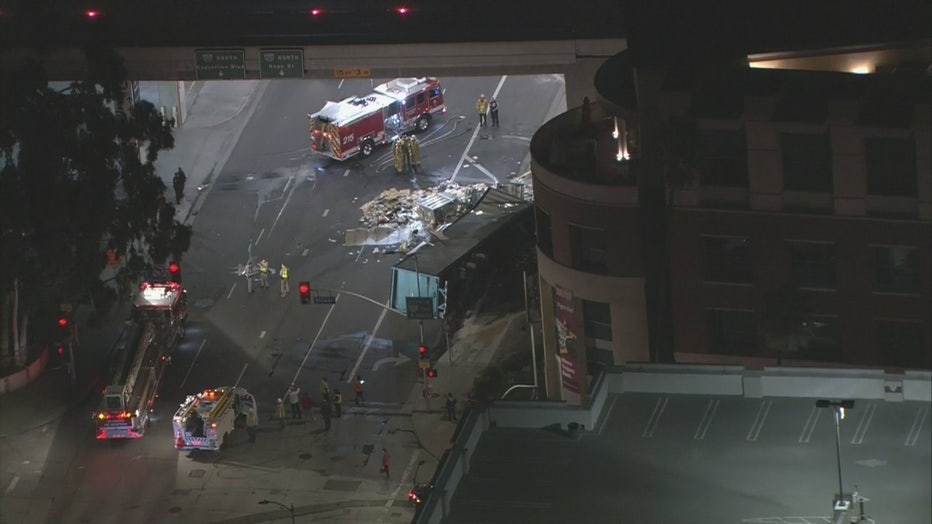 The 50-year-old man driving the semitractor-trailer became unconscious and was trapped in his truck's tractor cab for about 10 minutes before emergency crews freed him and took him to a hospital trauma center, Humphrey said.

No one else was injured in the collision, according to Humphrey.