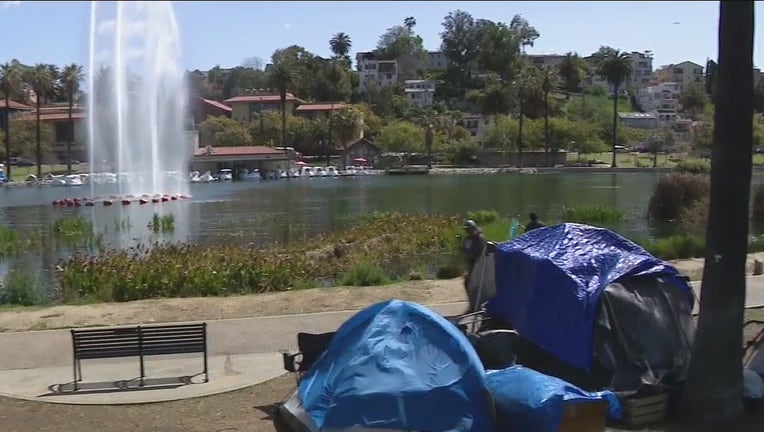 LOS ANGELES - Councilman Mitch O'Farrell, who arranged for the closure of Echo Park Lake last month after a large homeless encampment developed during the COVID-19 pandemic, introduced two motions to the City Council Tuesday to authorize reports on the conditions in the park before the closure.

O'Farrell's office said on March 22 that the city was planning to close the park and clear out its residents to perform more than $500,000 in repairs and restoration caused by homeless people at the park.

The move was met with large protests to protect the park's approximately 200 residents from displacement. Neighbors had complained about the trash at the encampment and said they no longer felt safe at the park, and O'Farrell and Mayor Eric Garcetti said the site had become dangerous, with drug overdoses and four deaths taking place there.

But advocates for the homeless described the encampment as a safe haven for people with no other housing options. They also questioned what would happen to the homeless once their temporary stays at hotel rooms ended.

"For over a year, my office has diligently worked to respond to the myriad challenges at Echo Park Lake -- the lack of adequate shelter or services for the unhoused population; the dangers to public safety found throughout the park; and the growing list of repairs necessitated by the park's deteriorating conditions," O'Farrell said in a statement Tuesday. 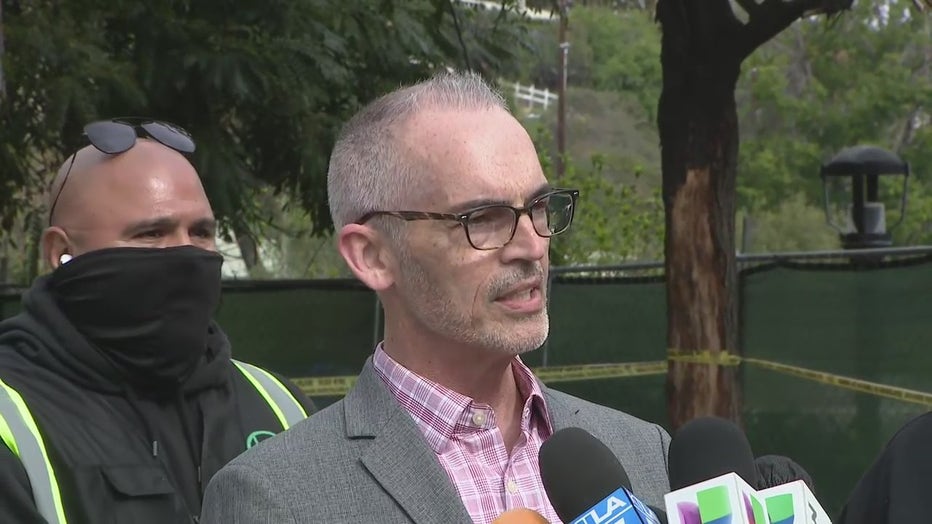 O'Farrell's first motion introduced Tuesday would instruct the Department of Recreation and Parks and Los Angeles Sanitation and Environment to draft a report on damages and the estimated cost of their repairs in the park, "including rehabilitation efforts of natural habitat within the shoreline, and a full accounting of personal property now being stored for individuals formerly encamped within the park, and a description of items voluntarily discarded on their behalf."

The second motion instructs the Los Angeles Police Department to report on public safety issues in the park from January 2020 through its closure. That report would also include information on the police department's decision-making and response on March 24-26.

The second motion would also instruct the Information TechnologyAgency, with assistance from the chief  legislative analyst and the City Attorney's Office, to report on "credible threats of violence to city personnel or property" that were received by city agencies, departments or offices about Echo Park Lake.

"Mitch O'Farrell and other councilmembers are choosing to ignore the reality of what happened and the consequences of Echo Park Lake (extensive and good reporting that has been done) but instead are appealing to and affirming the ideas of their hostile, anti-homeless base," tweeted Ktown for All, a homeless outreach and advocacy organization that was involved in demonstrations against the park residents' displacement.

O'Farrell's office said Tuesday that 209 people who were living in the park since January 2021 were placed into housing and provided with services including outreach, restrooms accessible 24 hours a day, showers, laundry vouchers, storage bins and safe parking.

Much of the housing is temporary, including the 138 residents that the Los Angeles Homeless Services Authority said were placed into Project Roomkey hotel rooms.

Faculty at USC, UCLA, UC Irvine and Occidental College with experience in urban planning, social work, history, law, public policy and public health penned a letter on March 31 to express their "grave and urgent concerns" about the city's removal of the residents.

"First, placements into interim shelter must not be equated with housing people," the faculty stated in the letter. "Without a clear path to permanent housing, such temporary housing serves as yet one more stop in the endless cycle of displacement. Many of the Echo Park Lake placements were made to Project Roomkey hotels and motels, in locations as distant as Palmdale."

They added that some Project Roomkey residents claim they live under strict curfews and prison-like conditions while living in the city-provided hotels, and feel they have to "trade their autonomy and dignity for a bed."