Math teacher in Compton honored ahead of College Football Playoff

As USC looks to punch a ticket to the College Football Playoff, the playoff committee is giving out grants to the champions in our community.

LOS ANGELES - The College Football Playoff, the CFP, is January 9th and LA's host committee is getting ready! With USC in the running, there is extra excitement about the college football championship game being played at SoFi Stadium.

Several members of the CFP host committee showed their worth with the last Super Bowl also being held in Inglewood. This time their legacy project is to honor local teachers with ties to sports. Their schools will receive a $20,000 grant.

Each teacher will be profiled in a video by the CFP committee. The first one dropped today. It's on Jason Morgan, a math teacher at Dominguez High in Compton. 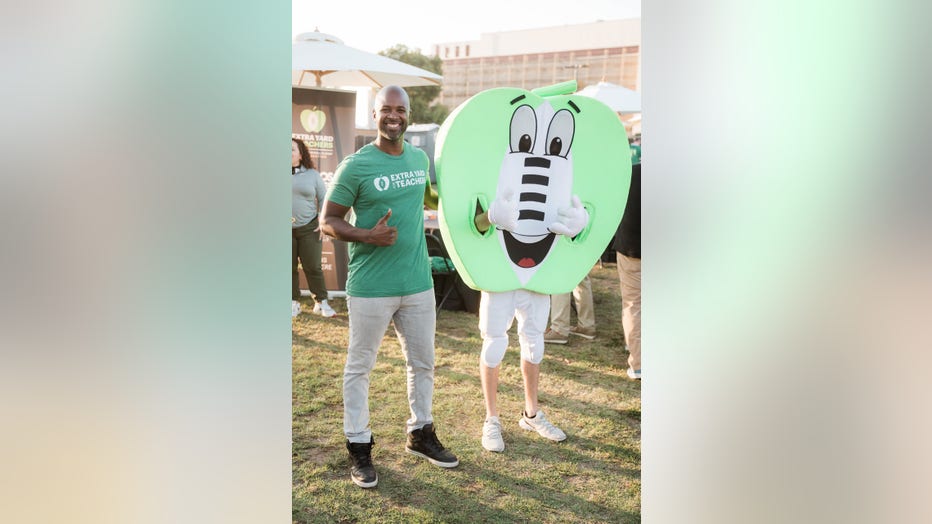 At the start of football season LA's host committee hosted 23 teacher honorees at USC's home game season opener. Among those who took the field at half-time was LAUSD's Alyssa Worbetz, a science teacher at Girls Athletic Leadership School in Los Angeles.

In all, 46 teachers will be selected for grants with a goal of CFP to leave a legacy long after the playoff game has come and gone.

Among the other honorees is Colin Yamashita of Rise Kohyang Middle School.

"I have no words to explain it," he said.

For LAUSD teacher Alfredo Crossman-Chavez of Kipp Corazón Academy Upper School, attending the USC game was only his second ever. USC did beat the Fresno Bulldogs that night.

This week, USC entered the top four in the college football playoff rankings, the second-to-last rankings before the playoff field is set on Sunday, Dec. 4.