Big crowds gathered to protest the death of Robert Fuller

Big crowds gathered to protest the death of Robert Fuller on Saturday in Palmdale.

PALMDALE, Calif. - City officials in Palmdale support a call for an independent investigation on the death of a young man found hanging in a tree in front of city hall, while yet another African-American man’s body was found the same way in Victorville.

Hundreds of people gathered at Palmdale City Hall on Saturday to demand answers in Wednesday's death of a 24-year-old Robert Fuller was found hanging from a tree in a park in front of city hall, while city officials called for an independent investigation into the death.

Los Angeles County Sheriff officials say they are still investigating the death, but Fuller’s family and activists are angry at the coroner’s release of its preliminary report, that it was a suicide.

"The City of Palmdale is joining the family (of Robert Fuller) and the community's call for justice, and we do support a full investigation into his death," Palmdale Public Information Officer John Mlynar said. "We will settle for nothing less than a thorough accounting of this matter."

"The City has already reached out to Mr. Fuller's family, offering help and support, and will do everything possible to assist Mr. Fuller's family during this difficult time as a complete vetting of his death is investigated," Mlynar said. 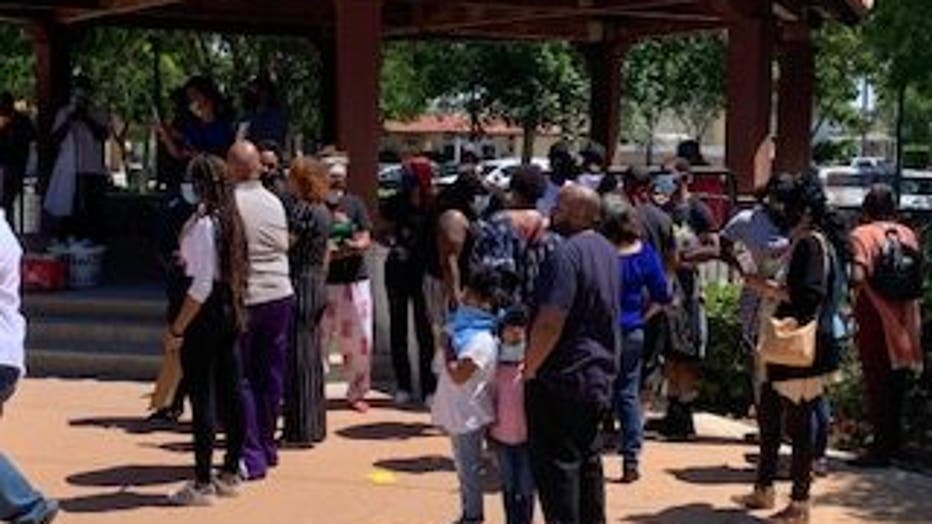 Saturday's demonstration began outside City Hall, with the crowd eventually making its way several hundred feet to the tree where Fuller's body was found with a rope around his neck just before 4 a.m. Wednesday in Poncitlan Square, across from City Hall, Sheriff's officials said Thursday that the death appeared to be a suicide, but investigators were waiting for full autopsy results and information from the man's relatives before making a final determination, according to Lt. Brandon Dean of the Los Angeles County Sheriff's Department.

“How did he hang himself?” and “how come there is no security video from city hall?”, among the questions from protesters.

The Los Angeles County coroner's office performed an autopsy on Fuller on Friday and deferred the cause of death.

"When a cause of death is deferred, a deputy medical examiner is requesting an additional investigation, including laboratory testing and witness statements, before providing a final determination on the cause and manner of death," an official at the coroner's office said.

Sheriff's officials reiterated Saturday that the death appears to be a suicide, but the investigation is still ongoing.

At the same time, FOX 11 has confirmed that the body of 38-year-old Malcolm Harsch was also found, hanging from a tree in Victorville, on May 31st. 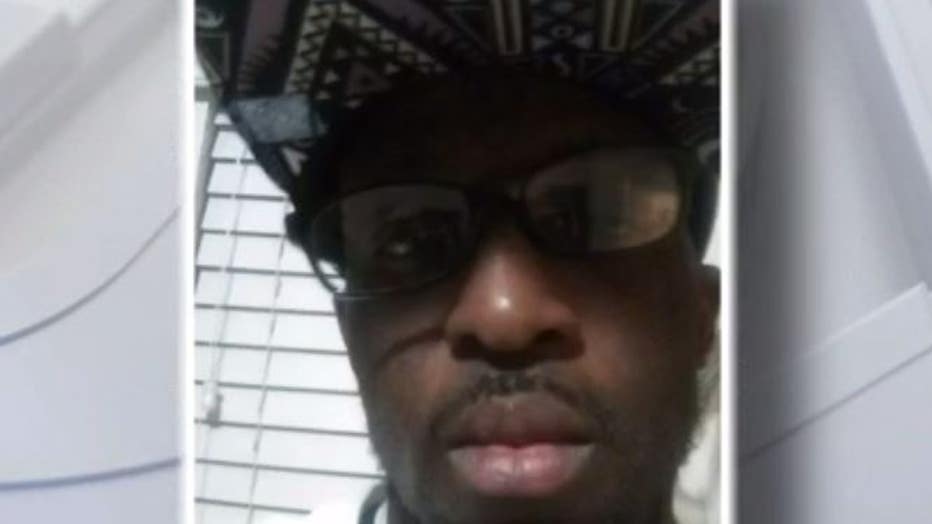 San Bernardino County Sheriff's officials are investigating, but at this point, they don’t suspect foul play.

In Ohio, Malcolm’s father says he “does not buy, for one minute” that this was a suicide, explaining that investigators called the family and told them that even though it seemed that Harsch had hung himself  “with a USB cord” they thought that he was among the many cases of suicides related to what they describe as COVID Depression.

Again, both San Bernardino and Los Angeles County Sheriffs insist their investigations are ongoing and are looking at other options.

Anyone with information about the death is urged to call the Sheriff's Homicide Bureau at 323-890-5500.

On Friday afternoon, as many as 100 angry residents attended a march and rally in the area where Fuller's body was found, some labeling his death a lynching.

Palmdale Mayor Steve Hofbauer worked to calm the crowd, which hurled expletives at him and sheriff's Capt. Ron Shaffer.

"We're working hard to try to figure out exactly what happened, "Hofbauer told the shouting crowd.

"I can't pull it out of a crystal ball what the coroner and the sheriff's department is going to find here," Hofbauer said.

He said investigators were "trying to figure out what was going on with Mr. Fuller the last few weeks. Who were those people? Who was he with?"

Shaffer and Hofbauer said there is no video surveillance in the area where the body was found, even though it is across the street from City Hall --an assertion that drew angry and profane shouts from the disbelieving audience.   The death comes on the heels of a national conversation about racism in the United States in the aftermath of the death of George Floyd in Minneapolis, and the circumstances of Fuller's death evokes the country's sordid history of lynchings.

Nearly 5,000 lynchings occurred in the United States between 1882 and1968, according to the NAACP. More than 70% of those lynched were black.

Shaffer told the crowd investigators have been in touch with Fuller'sfamily. He said the department is asking for the public's help to learn about his whereabouts prior to his death.

"If anyone has information about Mr. Fuller or his recent travels, where he's been or where he's been staying, we encourage you to call law enforcement so we can get a complete picture of what happened," Shaffer said.

A virtual town hall is scheduled from 2-4 p.m. Monday in which residents of Palmdale and Lancaster can discuss the death and the investigation. Los Angeles County Sheriff Alex Villanueva will co-host the event, along with captains from the two cities' sheriff's stations.