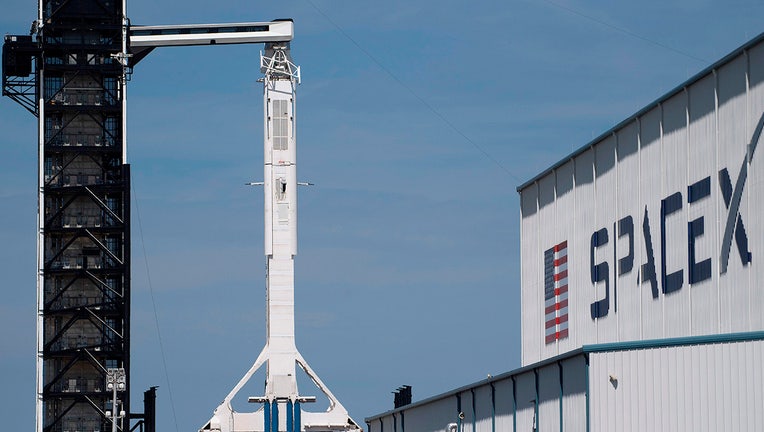 "I fully support the opportunity for SpaceX to move into the Port of Los Angeles where it will build its next generation of rockets that will go to Mars," said Councilman Joe Buscaino, who represents the San Pedro and port area.

SpaceX originally sought to lease the port's space in 2018 and would have constructed a large warehouse for spacecraft recovery and repair. But the deal fell through, and the company looked to move the project to Texas.

Spacecraft recovery work could still take place at the 12-acre site, but the altered plans give the company the ability to ship large parts for rockets, as they cannot be transported by land, SpaceX officials said.

"This is a historic and, in all respects, dilapidated and neglected site, so we were really motivated to see something beautiful and exciting happen," Harbor Commission President Jaime Lee said last week. "I just want to emphasize that the reason we've been able to give such favorable business terms ... compared to some of the other deals that we do here is with the expectation ... that SpaceX will be providing good, prevailing-wage, construction jobs and permanent jobs."

Although harbor commissioners had some concerns about the workforce agreements between the port and SpaceX, Port Executive Director Gene Seroka said the labor collaborative should ensure enough quality, local jobs come to the area.

The council voted 12-0 to approve the SpaceX lease terms of $1.7 million annually for 10 years, with two 10-year options to renew, for a total rent of about $42 million over 30 years.

Depending on the remediation and rehabilitation of several historic buildings on the site, which SpaceX intends to use, the aerospace company could reap the benefit of tenant improvement credits.

The aerospace company plans to staff 130 engineering jobs, but it is not yet clear how many construction jobs will be needed.

During the previous consideration, SpaceX estimated 700 jobs would be created at the site for construction and other needs.

Lee Williams, the board chair of the San Pedro Chamber of Commerce, said the facility could give young boys and girls from San Pedro a bright future.

"Our kids grow up hearing the stories of the rich history of fishing and the first cans of tuna (that) came out of San Pedro," Williams said. "We had shipbuilding and, of course, America's port is the lifeline for the nation, but so much of the talk is about what we've lost and what we're losing. Today, San Pedro has much to look forward to."