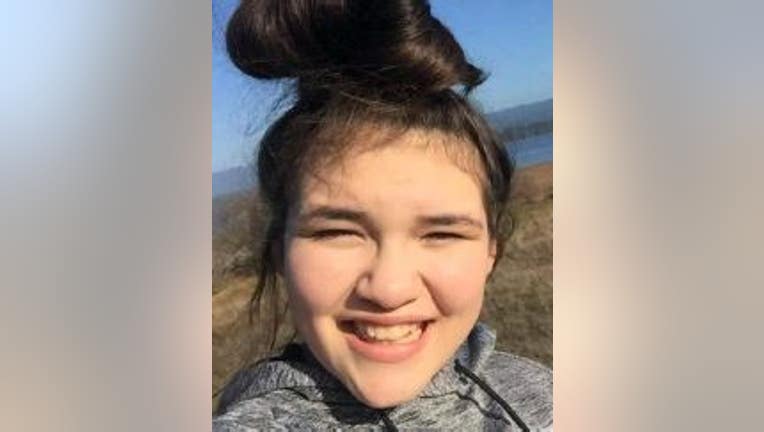 SANTA ROSA, Calif. - The California Highway Patrol on Thursday issued an endangered missing advisory on behalf of the FBI for Tehama, Shasta, and Siskiyou Counties. A 14-year-old girl is believed to have been taken by her stepfather, officials say.

The advisory says this is an ‘at-risk/missing’ case. Katauna Whisenant was last seen July 23, 2021. She is believed to have been taken by Santos Flores-Roman, 39.

The FBI says Flores-Roman's family is in Santa Rosa, but there is no evidence of sightings there.

The FBI said Crescent City Police Department is the lead agency in this case. They explained that the police department did publicize their investigation last July and that local media in that area covered her disappearance.

The police department asked the FBI for their assistance in early March. The FBI Missing Person poster has additional photos of Whisenant. The agency notes that the stepfather is not included in their poster, because he hasn't been charged with a federal crime. 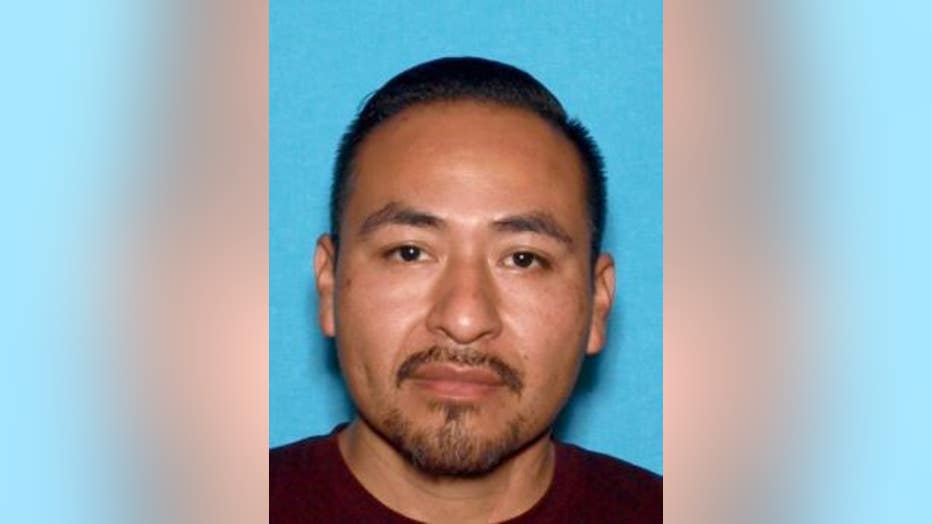 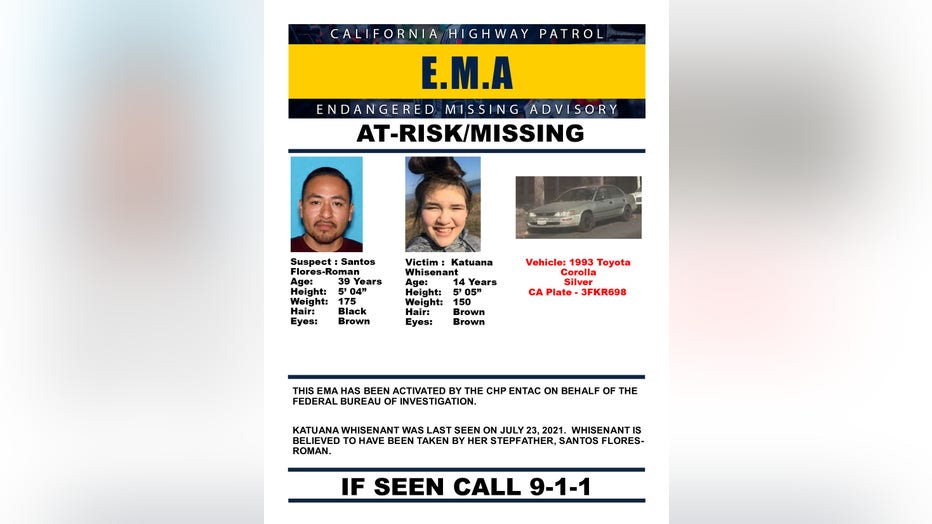