Drivers are being asked to avoid South Osborne Road and Crain Highway in Clinton after a sinkhole emerged on Wednesday.

CLINTON, Md. - A driver evaded cones surrounding a work area and crashed into a sinkhole in Clinton Wednesday morning, according to a spokesperson for a DC-area utility.

Washington Suburban Sanitary Commission officials have not identified the driver, but they say he was able to escape from the car with only minor injuries.

Drivers are being asked to avoid South Osborne Road and Crain Highway.

According to the WSSC, crews were responding to a 30-inch water-main break around 4:30 a.m. when the roadway collapsed into the sinkhole.

Crews are on the scene trying to fix the hole, but officials do not know how long the street will be shut down. 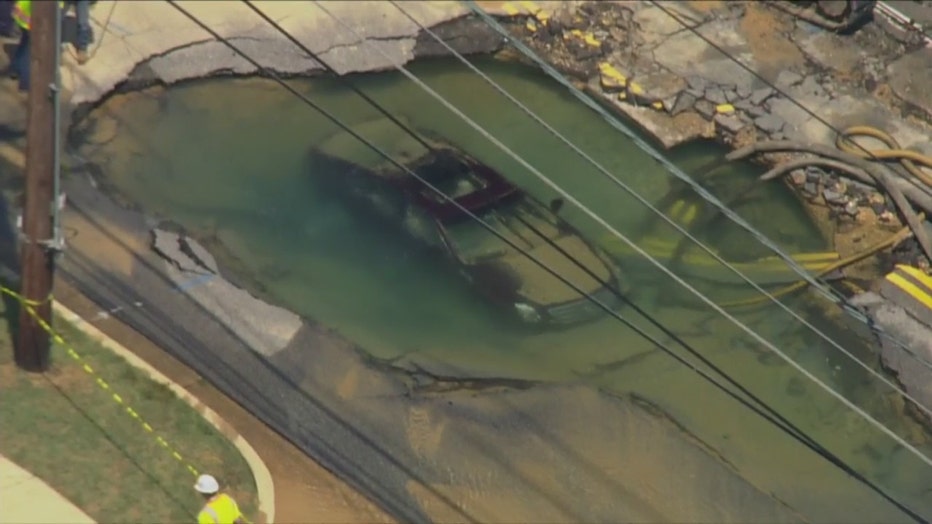 The car was pulled out of the sinkhole late Wednesday evening.