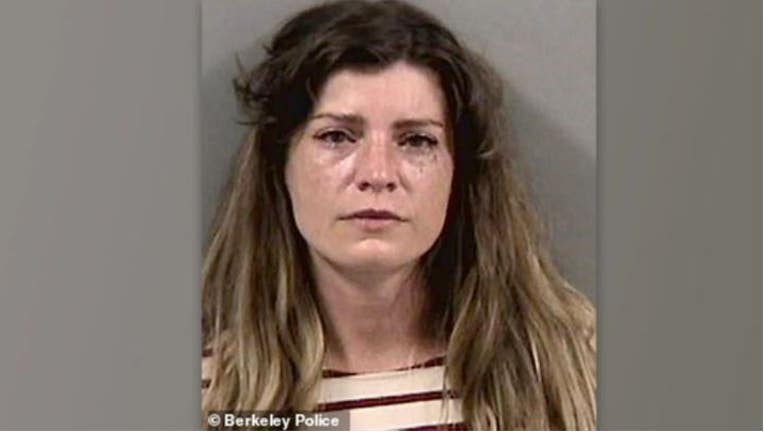 BERKELY, Calif. - A White California woman has been arrested after using "hateful language disparaging of people of color" during an altercation with a Black delivery driver, police and reports say.

Julie Walrand of Berkeley can be heard yelling racial slurs at Amazon driver Kendall McIntosh in a video recording of the April 18 incident, according to KTVU.

"I never wanted this to happen. I didn't want to get to this point, but there's too many incidents out here in America," McIntosh told the station. "There's similar stories like this where there is no video, no recording and people get away with that type of stuff. It's just not right."

Berkeley Police said the events unfolded when a 35-year-old woman, later identified by the media as Walrand, "thought they saw the package delivery person driving too fast in the area."

McIntosh told KTVU that he ended his shift and was traveling to help out another driver on Delaware Street when a woman pulled up alongside him and started yelling things like "Who the f--- do you think you are?" and "Who do you think you are driving down my street like this?"

"I was scared I didn't know what was going to turn out so I thought the best thing to do was leave the situation," he added, noting that he eventually left to continue making deliveries before returning to the scene after learning that police responded.

Police initially said they arrested Walrand for a hate crime and on suspicion of false imprisonment and battery, but Alameda County District Attorney Nancy O'Malley later told KTVU that she hasn’t been charged yet.

The Alameda County District Attorney’s Office has not responded to a request for comment from Fox News.

Walrand reportedly was released from custody the day after she was arrested.

Get updates on this story on Fox News.