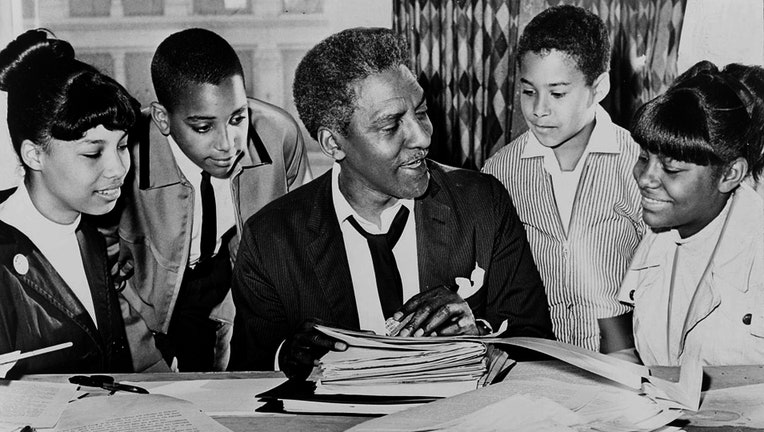 Bayard Rustin was a confidant of Dr. Martin Luther King Jr. and a key organizer of the March on Washington in 1963. He also helped plan other nonviolent protests and boycotts to end racial discrimination.

Gov. Gavin Newsom pardoned Rustin for his arrest in 1953 when he was found having sex with two men in a parked car in Pasadena. He was in town as part of a lecture tour on anti-colonial struggles in West Africa.

He served 50 days in Los Angeles County jail and had to register as a sex offender before returning to his home state of New York. He died in 1987. 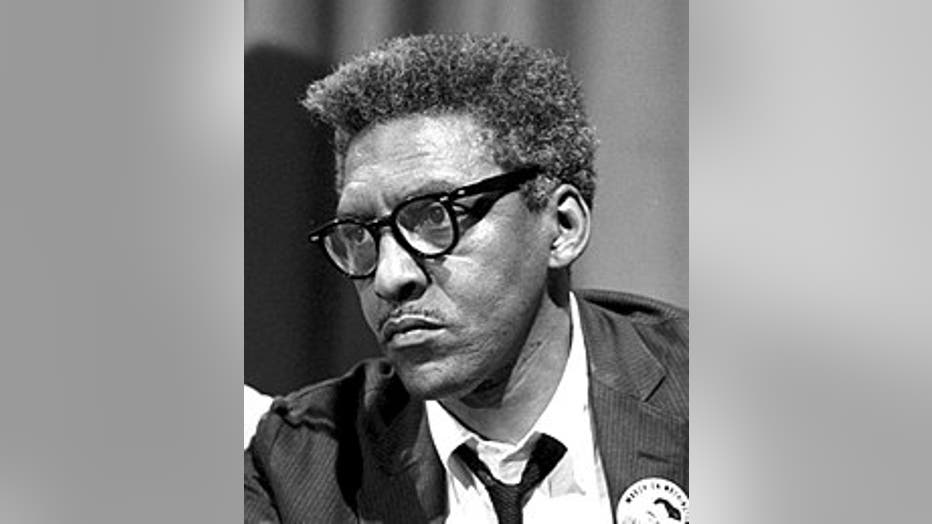 Bayard Rustin was a confidant of Dr. Martin Luther King Jr. and a key organizer of the March on Washington in 1963. He also helped plan other nonviolent protests and boycotts to end racial discrimination.

He issued an executive order creating what he called a new clemency initiative to identify those who might be eligible for pardons and swiftly consider those applications. He encouraged Californians to apply for clemency for people they believe meet that criteria.

Newsom's office could not say if other states have taken similar steps.

“In California and across the country, many laws have been used as legal tools of oppression, and to stigmatize and punish LGBTQ people and communities and warn others what harm could await them for living authentically,” Newsom said in a statement. He thanked those who pushed for Rustin's pardon and encouraged others in similar circumstances "to seek a pardon to right this egregious wrong.”

Newsom first gained national prominence in 2004 when, as San Francisco's mayor, he ordered officials to issue marriage licenses to same-sex couples. The practice was overturned then but eventually became the law nationwide.

Rustin's close friends knew he was gay, but his religious and political associates distanced themselves after his arrest, Sen. Scott Wiener of San Francisco and Assemblywoman Shirley Weber told Newsom on behalf of the caucuses.

“Generations of LGBT people - including countless gay men - were branded criminals and sex offenders simply because they had consensual sex," Wiener said in a statement praising Newsom's actions. “This was often life-ruining, and many languished on the sex offender registry for decades.”

“Rustin was a great American who was both gay and black at a time when the sheer fact of being either or both could land you in jail,” she said in a statement praising Newsom. “This pardon assures his place in history.”

Rustin was stripped of his leadership post at the Fellowship of Reconciliation, a pacifist organization involved in the civil rights movement, after U.S. Sen. Strom Thurmond of South Carolina read Rustin’s arrest file into the Congressional Record.

California repealed the law against consensual sex between same-sex adults in 1975, and in 1997 created a way for those individuals to be removed from the California Sex Offender Registry. But neither step changed the original convictions.

President Barack Obama honored Rustin posthumously with a Presidential Medal of Freedom in 2013 for the 50th anniversary of the March on Washington and King’s famous “I Have a Dream” speech.