$1B Powerball: Can a psychic help us improve lottery odds?

FOX 11's Hal Eisner tried his luck at talking a psychic into helping him pick the lottery numbers.

LOS ANGELES - Four people in California are giving some extra thanks this Thanksgiving as they celebrate being the lottery's newest millionaires!

The biggest winner was Simon Maida, who scored a whopping $20 million playing a Set For Life! Millionaire Edition Scratcher bought at Village Wine and Spirits on muirlands Boulevard in Orange County.

Another $1 million prize went to Erick Verdugo, who purchased his winning California Dreamin' Scratchers ticket at a Sinclair station on East Pacheco Boulevard in Merced County. 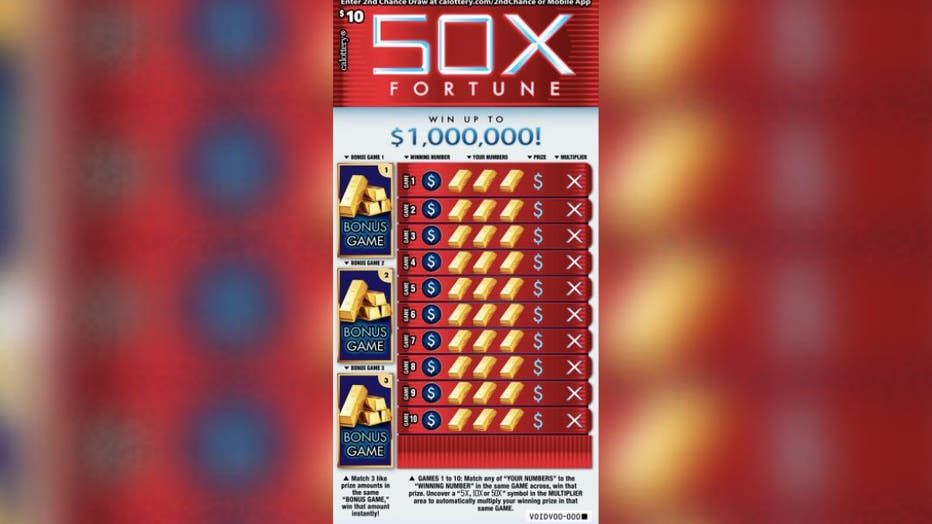 One of the winning lottery scratchers. / California Lottery

"My friend said she had been lucky playing the $10 and $20 Scratchers tickets. I started playing and won $100," Lee Loy told the California Lottery, and she didn’t stop there. "I went back to Circle K, and they had it (50X Fortune). I got all the way to the 10th spot, scratched it off, and saw that I won $20,000, and then the multiplier showed 50X. I downloaded the California Lottery app and scanned it. It said I won $1 million!" Lee Loy plans on investing the money.