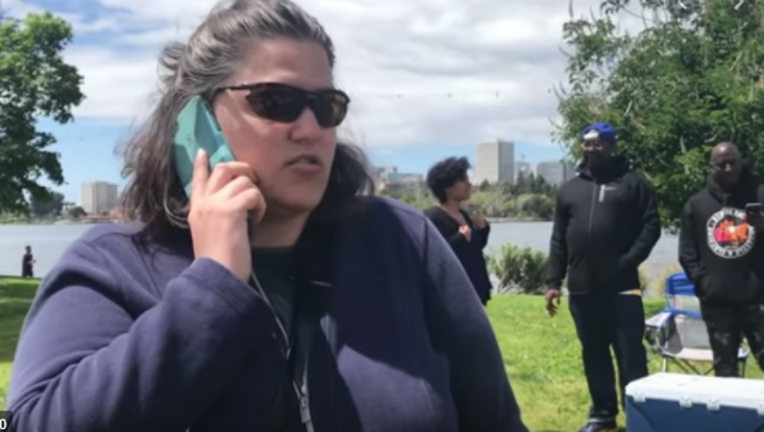 A white woman called Oakland 911 on two Black men who were grilling in Lake Merritt.

SACRAMENTO, Calif. - A slew of criminal justice reform bills passed the Senate Public Safety Committee on Friday, and if they are signed into law, police throughout California will no longer be able to use chokeholds or rubber bullets and tear gas. They will also have to intervene if they see a fellow officer committing misconduct.

In addition, legislators approved a bill by Assemblyman Reggie Jones-Sawyer (D-Huntington Park) that would establish criminal penalties for anyone who calls 911 in order to harass Black people or any other members of a protected class.

AB 1775 would increase the criminal penalties imposed when a person knowingly makes a false 911 call for the purpose of harassing another. The maximum penalty for making such a call would be up to $2,000 and a year in jail.

In addition, the bill will classify blatantly false reports as a form of intimidation, allowing the victim of these calls to file a lawsuit against the person who knowingly made the false report.

The bill was inspired by many racial encounters that have been recorded and fueled viral social media commentary.

In New York City's Central Park, a white woman called 911 on a Black man because he asked her to leash her dog earlier this year. Oakland's Lake Merritt was the site of an incident involving "BBQ Becky," a white woman, who called police on two African-American men using a grill. Among many others, there was the "Permit Patty" case when a white woman called San Francisco police to report that an 8-year-old Black girl was selling bottles of water without a permit.

“The 911 emergency system is not designed to be a dispatch center for racist or biased calls seeking police action against a law-abiding citizen," Jones-Sawyer said. "The misuse of the system by false claim against a person of color or other protected class, places that person in peril as police officials may interpret the situation incorrectly due to the nature of the false report, resulting in potentially devastating outcomes. ..Racism, intolerance and hate have no place in California." 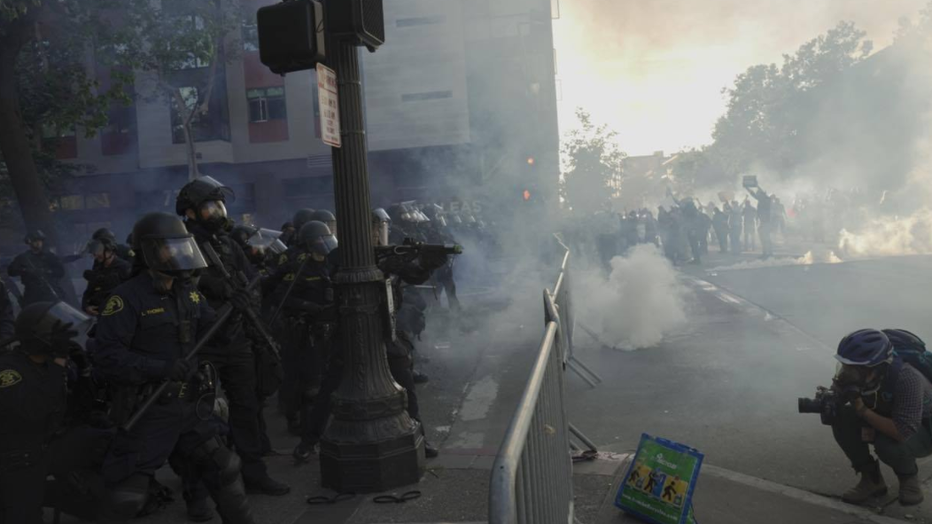 Legislators also greenlighted AB 1196 by Assemblymember Mike Gipson (D-Gardena), which would bar police from using chokeholds or any other action that would cause a person to asphyxiate. The bill is based on the killings of George Floyd in Minneapolis and Eric Garner in New York; both men died after police cut off their airways.

Also, the lawmakers approved AB 66 by Assemblymember Lorena Gonzalez (D-San Diego), which would prohibit police from using so-called less-lethal weapons, including rubber bullets and tear gas. Legislators specifically mentioned what they say was an unwarranted use of tear gas used on protesters following a June 1 Oakland youth rally.

In addition, legislators OK'd AB 1022 by Assemblymember Chris Holden (D- San Gabriel Valley), which would establish clear guidelines for police responsibility and accountability when witnessing excessive force by another member of law enforcement. In addition to requiring officers to physically stop the excessive use of force, the bill would require police officers to record and report the incident in real-time to dispatch or the watch commander on duty in order to establish that officer has attempted to intervene. The bill would also prevent retaliation against officers who report violations of law of another officer to a supervisor and require that an officer who fails to intercede be disciplined in the same manner as the officer who used excessive force.

“We were outraged when we watched the killing of George Floyd by a Minneapolis police officer from a knee to the neck,” Holden said. “Equally disturbing, was the lack of intervention from the police officers who witnessed a clear use of excessive force.”

The bills now head to the Senate Appropriations Committee where they will face another hearing. They could be on the governor's desk as soon as Sept. 1.