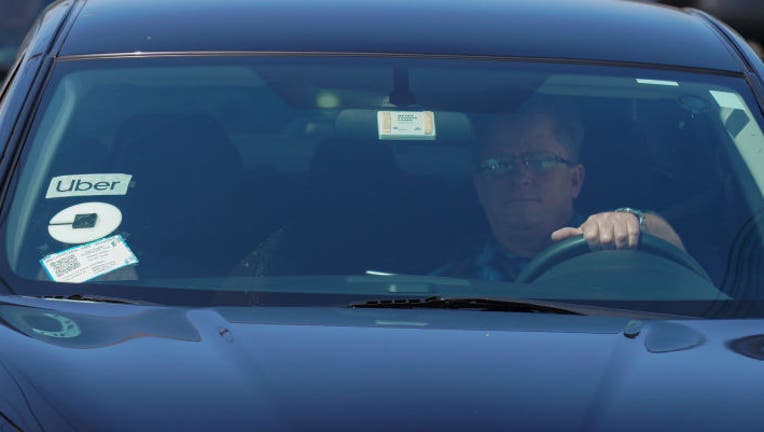 REDONDO BEACH, CA - MARCH 25: An Uber drivers arrives for a one-day strike against Uber and Lyft at an Uber office on Marine Avenue in Redondo Beach on Monday, Mar 25, 2019.(Photo by Scott Varley/MediaNews Group/Torrance Daily Breeze via Getty Images

SACRAMENTO, Calif. - The California Supreme Court rejected a lawsuit Wednesday that sought to overturn a ballot measure that kept app-based ride-hailing and delivery drivers independent contractors instead of employees eligible for benefits and job protections.

Justices declined to hear the case brought by drivers and unions who opposed the measure. They said the case could be filed in a lower court.

The lawsuit had been filed directly with the high court claiming the measure was unconstitutional because it limits the power of the Legislature and excludes drivers from being eligible for workers’ compensation.

Proposition 22 passed in November with 58% support and shielded companies like Uber and Lyft from a new state labor law that would have required app-based services to treat drivers as employees and not independent contractors.

It was the most expensive ballot measure in state history with Uber, Lyft and other services putting $200 million behind the effort to undo a law that had been aimed squarely at them by labor-friendly Democrats. Unions, who joined drivers in the lawsuit, spent about $20 million to challenge the proposition.

When the lawsuit seeking speedy review was filed directly with the Supreme Court last month, Mary-Beth Moylan, associate dean of McGeorge Law School in Sacramento, said the first challenge would be getting the court to take the case.

Moylan said the high court could simply kick the case to a lower court if it felt there was no urgency to it and there were factual — not just legal — issues to weigh first.