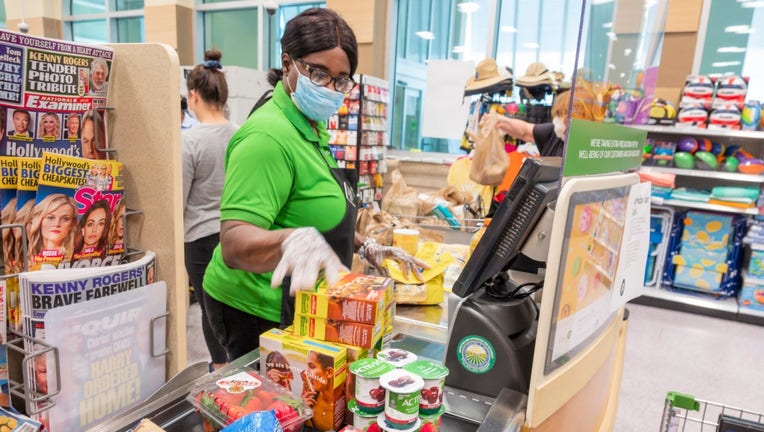 LOS ANGELES - Counties in California are waiting for guidance from the state after the federal government on Thursday said fully vaccinated people can quit wearing face coverings and social distancing in most situations whether outside or inside.

California’s Department of Public Health did not respond to questions about whether and when the state would adopt new guidance announced by the Centers for Disease Control and Prevention. The CDC still calls for wearing masks in crowded indoor settings, such as buses, planes, hospitals and prisons, and says residents should follow local rules.

Gov. Gavin Newsom says the state is on track to fully reopen its economy next month, signaling an end to most pandemic restrictions as infection rates stay at record lows and more people get vaccinated. On Thursday, the state began allowing children 12 to 15 to receive the vaccine.

"I think that the question that’s top of mind for many people is: What does this mean when people are going around their day-to-day business?" she said. "The big issue that we’re facing is making sure we’re still able to protect our workers."

At least 60% of residents 16 and older are partially vaccinated in California. But the percentages of people vaccinated vary widely by county and across the country. There’s also no way to know who is vaccinated or who is just saying they are.

"I think this is early," Marin County public health officer Dr. Matt Willis said on San Francisco’s KGO-TV. "Frankly, the idea of people not covering their faces indoors when they’re gathered together, it’s concerning that there would be ongoing transmission."

In California, people who are fully vaccinated do not need to wear a mask outdoors unless at crowded events. But they still have to wear a mask indoors outside their own home unless meeting with other vaccinated people. The state has a number of other rules for businesses and other public places that vary by county based on the prevalence of the virus.

Newsom said earlier this week that in June residents will not be wearing face coverings except for at large-scale indoor convention events. But the next day, he said the state is likely to have "guidelines and mandates" for wearing masks indoors after the state fully reopens.

Disability rights activist Sascha Bittner, 47, has cerebral palsy, uses a wheelchair and survived lymphoma. She plans to keep wearing a mask and stay away from people she doesn’t know unless she is certain she’s in a place where everyone else is vaccinated.

CDC: Fully vaccinated Americans can do some outdoor activities without mask

She wishes the Biden administration had waited until more people had been vaccinated nationally.

"I will mask up and keep socially distanced for as long as I see fit. I also won’t be around people lax in their protocols yet," the San Francisco resident said by email. "I’m just not there yet, and I REALLY hope people will see we aren’t quite there yet."

Berkeley resident Justin Grant says he wishes the federal government had loosened outdoor masking rules earlier, given that all the scientific research he has seen shows "that outdoor masking is completely unnecessary."

He waited Thursday at a Walgreens pharmacy with his 13-year-old daughter, who had just received her vaccination. She wanted the shot so she can hang out with her friends, he said, and he had no hesitation letting her get the vaccine, given that he trusts the science.

San Francisco’s Department of Public Health, which has been among the strictest in the country in mandating masks and social distancing, cheered the announcement as "great news" on social media, saying that it underscored the efficacy of the vaccine.

The department said it must wait for the state to adopt new guidelines, as will Riverside County.

Jose Arballo Jr., a spokesman for the county Department of Public Health, spoke Thursday from a vaccination site in Moreno Valley, where about 1,000 people had come to get their shots by midday, including a handful of children between 12 and 15, he said. All of the young people arrived with their immediate families, he said.

"They talked about wanting to be like the rest of their family. They wanted to get vaccinated as a group so they could go out and travel and do things together," Arballo said.