A recent study identified a new coronavirus strain that has the potential to become a variant of concern — like the alpha, beta and delta variants, which have slammed countries around the world with heavy waves of new COVID-19 infections and deaths.

The newest strain, dubbed C.1.2, comes from the same lineage as the beta variant from South Africa, according to the study, and was first identified in May 2021.

Researchers noted that it was "unexpected" to see a mutation so soon after the discovery of the original strain, C.1, back in January, but sampling and genome sequencing found that the C.1.2 variant "had mutated substantially."

C.1.2 has an extremely high rate of mutation, according to the study. The new variant exhibited between 44-59 mutations away from the original COVID-19 strain, which is more than any other variant of concern or variant of interest. 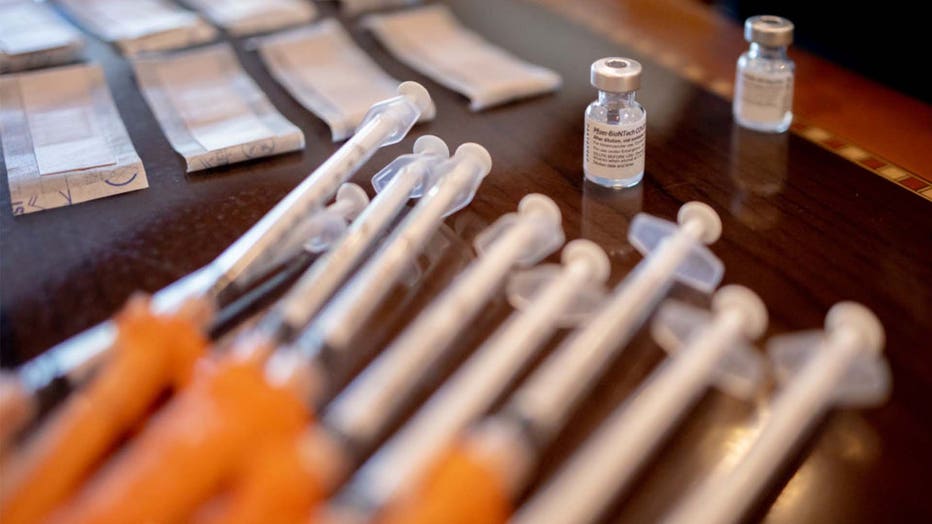 The C.1.2 variant was first detected in South Africa in the Mpumalanga and Gauteng provinces in May. In June, the new variant was also detected in KwaZulu-Natal and Limpopo provinces and also in parts of England and China, according to the study.

"As of August 13, 2021 the C.1.2 lineage has been detected in 6/9 South African provinces (including the Eastern Cape and Western Cape), the Democratic Republic of the Congo (DRC), Mauritius, New Zealand, Portugal and Switzerland," the study continued.

The C.1.2 variant is continuing to spread exponentially on a monthly basis, researchers said. In May, the C1.2 strain made up about 0.2% of new genomes being sequenced out of South Africa, but as of July, that percentage increased to 2.0%, "similar to the increases seen in Beta and Delta in South Africa during early detection," according to the study.

The new variant exhibits similar spike proteins associated with higher rates of transmissibility — much like the delta variant of the coronavirus — and could potentially have characteristics that would allow C.1.2 to evade vaccine-induced immune responses, but researchers note further observation is needed.

RELATED: COVID-19 lambda variant: What to know about the coronavirus strain

As of Aug. 20, there were approximately 80 cases of the C.1.2 coronavirus variant detected in Botswana and South Africa, according to the study.

The U.S. Centers for Disease Control and Prevention keeps track of different strains of the novel coronavirus by categorizing them based on the strains’ transmissibility and severity of disease.

Variants of concern show "evidence of an increase in transmissibility, more severe disease (e.g., increased hospitalizations or deaths), significant reduction in neutralization by antibodies generated during previous infection or vaccination, reduced effectiveness of treatments or vaccines, or diagnostic detection failures," according to the CDC.

While it is too early to tell if the C.1.2 variant should be categorized as a variant of concern, researchers noted that it shares many of the same characteristics as the alpha, beta and delta variants of the coronavirus.

News of a potentially delta-like variant is unwelcome as COVID-19 cases continue to average at staggeringly high numbers in the United States and across the globe, despite there being several approved vaccines to combat severe illness and death from the novel coronavirus.

Vaccine hesitancy and delayed approval for children to get their shots are contributing to a growing number of cases among young people and the unvaccinated.

So far, about 61% of the eligible population is inoculated against the virus in the U.S.