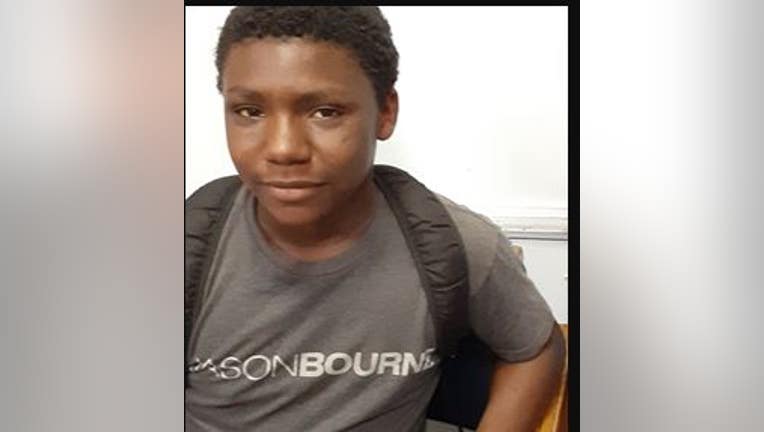 CULVER CITY, Calif. - A 12-year-old boy who has a history of running away went missing in Culver City on Tuesday, and police circulated his photo in hopes that someone will spot him.

Jerimiah Aaron Philips, who lives in Los Angeles, was last seen about 11:45 a.m. at the Kayne Eras Center, a special education school at 5350 Machado Road, according to the Culver City Police Department.

"School staff pursued Philips as he ran westbound on Jefferson Boulevard toward Sepulveda Boulevard and lost sight of him in the immediate area," according to a police statement that says the boy "suffers from metal health issues and has previously run away."

"In the past, he has been located using the public transportation system," according to police.

The youngster is black, 4 feet 9 inches tall, weighs about 125 pounds and has short, curly dark hair, brown eyes and a small scar on his left cheekbone.

Anyone with information regarding his whereabouts was urged to call the Culver City police watch commander at 310-253-6202.